The clear winner in our quest to select a 'Ladies Night' movie (with 20 upvotes and an additional three bonus points for being nominated by a female user, having a main female character and passing the Bechdel Test) was the 1984 film classic 'The Terminator', starring Linda Hamilton and Arnold Schwarzenegger.

We'll be watching the film together in the Mos Eisley chatroom on April 15th at 10pm UTC (11pm BST, 6pm EDT).

The Terminator Movie Night was a success. We had a good number of participants (7) as well as a slightly higher number of lurkers (8). On the downside, despite the "Ladies Night" motif we only had one female active participant and a couple of female lurkers.

MissMoniceE (who proposed the film) was unable to attend due to schedulding conflicts but will get first pick of the theme for the next Movie Night as compensation. Go pester her in chat if there's a genre you're especially interested in.

On a related note, the video-room (provided by Watch2Gether.com) was useful. At one point we had seven people viewing the site at the same time.

Valorum: I'm going to make myself a drink but
I'LL BE BACK

Kyle Jones: Can you really get your hair like that after a shower without Expensive Hair Care Products? 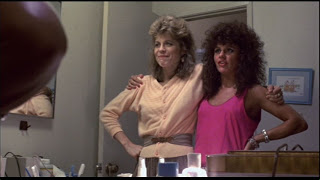 Ixrec: the iguana never contributes to the plot in this series

And a special mention to JoleneAlaska for getting overexcited

18
April Movie Night Special - It's Ladies' Night!
26
What is a Movie Night, really?