Movie Night: Return of the Jedi (and It's a Trap!)

In honour of the impending theatrical release of Episode VII of the Star Wars film franchise, let's watch Episode VI, The Return of the Jedi: 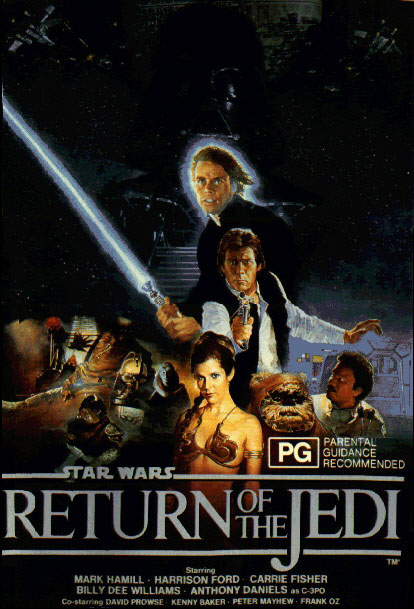 To set a "standard", let's aim to watch the 2004/2006 DVD release version. The 2011 version is only longer in one scene (as far as I can tell), and so there should be only one need to resync. Watch other versions at your own peril.

People can vote below for Tuesday or Wednesday. I'll call a victor at 11:59 pm UTC on Sunday.

Everyone is invited, including the user who said these things:

So here's what we'll do: 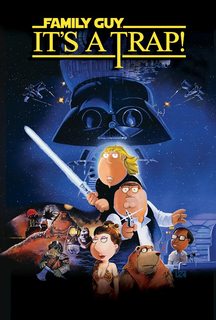 I want to watch RotJ on Tuesday at 11 pm UTC.

Upvote this answer if you agree with the statement above. (I'll only be counting upvotes, not downvotes.)

I want to watch RotJ on Wednesday at 11 pm UTC.

Upvote this answer if you agree with the statement above. (I'll only be counting upvotes, not downvotes.)

Not the answer you're looking for? Browse other questions tagged chat-event discussion movie-night .

8
Is a promotional grant for Star Wars: The Complete Saga on Blu-Ray wanted?
8
Promotional Grant - Star Wars: The Complete Saga on Blu-Ray
8
Who wants Harry Potter: The Complete Collection Years 1-7 or Harry Potter and the Deathly Hallows, Part 2?
6
What to watch in our next movie night?
26
What is a Movie Night, really?
12
There has been an awakening...another Movie Night! Force Awakens on Monday the 11th!
14
Movie Night! Make your fantasies come true on Tuesday the 30th!
18
April Movie Night Special - It's Ladies' Night!
7
"Ladies Night" Movie Night - The Terminator. Tonight!! (April 15th) at 10pm UTC / 11pm BST/ 6pm EDT
13
Trektacular TV Night "The Inner Light" - 29/4/17 @ 10pm UTC (6pm EDT)