Completing our triple bill of terrible comic book films is 2015's universally-panned Fantastic Four. Mustering a whopping 9% on Rotten Tomatoes, one of the site's resident critics declares it to be a

poorly constructed, ineptly executed, flatfooted piece of Branded Product that plays as though it were written by a piece of software fed every superhero movie script to date and instructed to synthesize them.

Another critic dismisses it simply as a 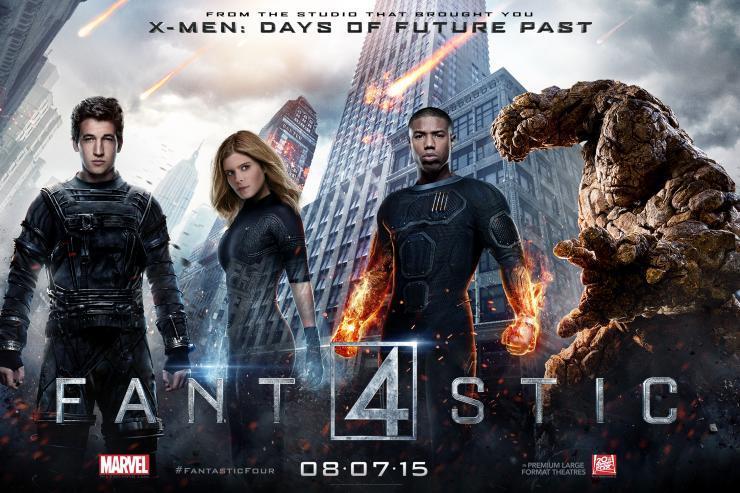 Let's get together to discuss, laugh at, criticize, and possibly even enjoy this decidedly terrible comic book film! The event will take place in the SFF chatroom Mos Eisley at

Note that this film was nominated by RogueJedi, and we're holding this event in honour of his excellent work organizing the Great Science Fiction Fantasy Showdown! So come out and say thanks to Rogue for all his hard work!

Availability: Apart from DVD, this film is available on Netflix (US and Canada at least), Amazon Prime, Apple Store, and Google Play.

(Many thanks to Randal'Thor and WadCheber for reminding me to complete this run of terrible comic book films, and thanks to Wad and AncientSwordRage for helping to set up this particular event.)

Please listen to the Fantastic Four Medley on an endless loop for the next 10 days in order to really get yourselves in the mood.

Everyone else go along and enjoy yourself though!

6
What to watch in our next movie night?
15
Avengers vs. X-Men SciFi Event!
26
What is a Movie Night, really?
7
Movie Night: Return of the Jedi (and It's a Trap!)
12
There has been an awakening...another Movie Night! Force Awakens on Monday the 11th!
14
Movie Night! Nominate your favourite TERRIBLE comic book film!
9
Holy reverse polarity Batman, what do we do now? Have a Movie Night on Tuesday, May 31!
14
Movie Night! Make your fantasies come true on Tuesday the 30th!
7
"Ladies Night" Movie Night - The Terminator. Tonight!! (April 15th) at 10pm UTC / 11pm BST/ 6pm EDT