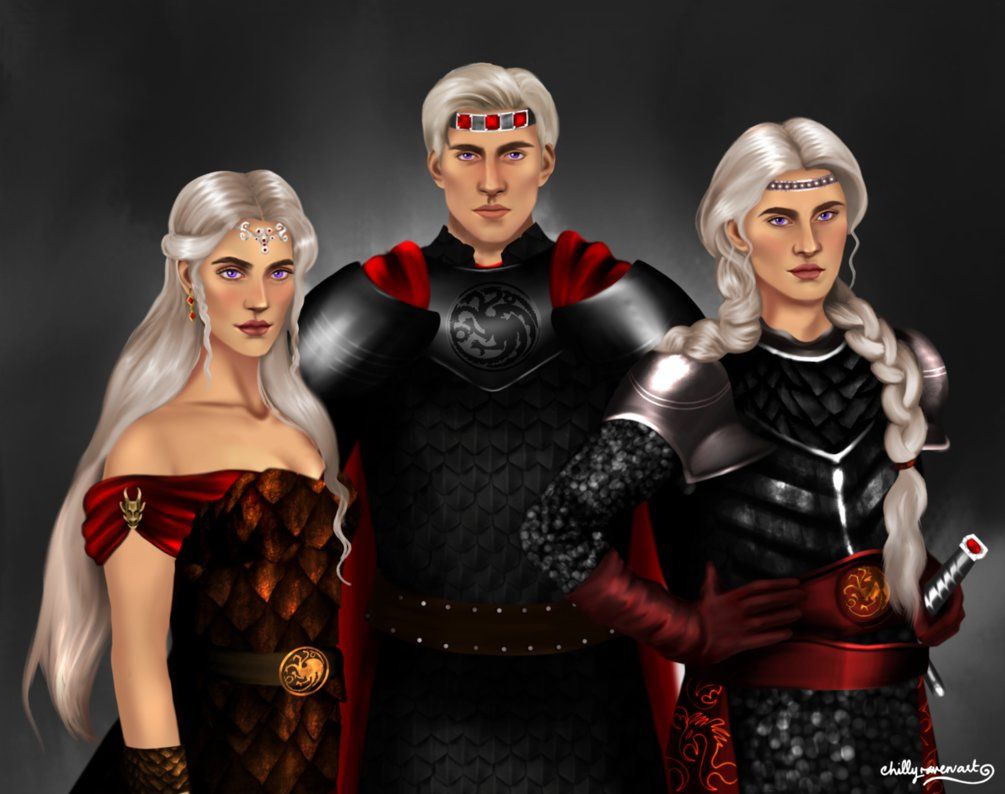 I am former Chairman of the Royal Society for putting things on top of other things. My former Display name here was NSNoob (It still is on other SE communities). I am also a die-hard fan of ASOIAF by George R.R. Martin. Since 2013 there hasn't been a single day when I haven't read, played, watched some ASOIAF related work.

Hey What's that on your profile Image?

Which Aegon, to be precise?

My super-power is not minding spoilers at all.

ASOIAF excerpt of the Day Whenever-the-mode-strikes-me:

"I know that she spent her childhood in exile, impoverished, living on dreams and schemes, running from one city to the next, always fearful, never safe, friendless but for a brother who was by all accounts half-mad … a brother who sold her maidenhood to the Dothraki for the promise of an army.

I know that somewhere out upon the grass her dragons hatched, and so did she. I know she is proud. How not? What else was left her but pride? I know she is strong. How not? The Dothraki despise weakness. If Daenerys had been weak, she would have perished with Viserys. I know she is fierce. Astapor, Yunkai, and Meereen are proof enough of that. She has crossed the grasslands and the red waste, survived assassins and conspiracies and fell sorceries, grieved for a brother and a husband and a son, trod the cities of the slavers to dust beneath her dainty sandaled feet."

And if it did, it wasn't that bad.

And if it was, he did not mean it.

And if he did, they deserved it.

Oh and I love the Polish Winged Hussars even though I am not Polish!