Is Friday the 13th on topic here?

Is Friday the 13th on-topic here? As it's a slasher/horror franchise.

Friday the 13th is an American horror franchise that, as of 2016, comprises twelve slasher films, a television show, novels, comic books, and tie‑in merchandise. The franchise mainly focuses on the fictional character Jason Voorhees, who drowned as a boy at Camp Crystal Lake due to the negligence of the camp staff.

Out of 12 films, only Jason X was sci-fi slasher, and Freddy vs. Jason can be stretched into a bit of fantasy. Resurrection by electricity is debatable to be science fiction.

But does it make the whole franchise on topic here? For now we have 2 questions about them here.

Common consensus on If a sequel contains SFF content, does that make the original property on-topic as well? says:

Maybe, but probably not

So is Friday the 13th on topic here and why?

Yes, it should be. Friday the 13th VI onward are explicitly supernatural movies, and Friday the 13th I - V are ambiguous, to which we have traditionally taken a "when in doubt, it's on topic" approach.

For starters, part VI onward include explicitly supernatural elements: ghosts, telekenesis, Jason clearly and obviously being resurrected, human cloning, etc. So, there's no doubt in my mind that questions specific to those movies fall within the scope. The issue is, does that retroactively affect questions about the first 5 movies in the series?

There was a previous discussion on sequels which introduce sci-fi elements into a series, and whether that change retroactively affects our scope. The consensus boiled down to the fact that we have to examine the series on a case-by-case basis and determine how "core" the changes were to the previous movie's universes. Quoting from the accepted answer:

later episodes don't automatically retcon something that is unambiguously non-SF into an on-topic franchise.

supernatural elements sound like they form more of a background universe within which Tarzan takes place. If that is an accurate description, then I'd say yes, later stories tip the balance from "not sure if it's SF" to "yes, the universe is SF".

So the questions to ask are:

To me, the first movies are purposefully and clearly ambiguous about the nature of Jason Vorhees: is he a zombie, is he immortal, or is he just really good at faking his own death? In Part I we see a supposedly-dead Jason drag a girl out of a boat; the police later claim there no such thing happened -- are they lying, or did they just not see him, or is Alice hallucinating?

Later movies show Jason being "killed" a number of times: drowning, axe to the head, etc., and yet he keeps coming back in the sequels. Again, is he immortal, or is he just really good at playing dead? The movies never clearly say one way or the other.

Thus, IMO, the movies could be supernatural in nature -- it's ambiguous.

Second, the later movies clearly establish that resurrection and immortality do exist in the Friday the 13th universe, and their use to bring Jason back to life form the core plot element of almost every movie. So, these changes are introducing a fundamental supernatural element into the universe that the series is set in. This new element, again IMO, makes it even more ambiguous what was going on in the previous movies, since we now know that coming back from the dead is a thing that can happen.

When you combine those two things, I think it's clear that we cannot rule Friday the 13th I-V out as being clearly not science fiction; by our long-standing scope rules dating back many years, that means we err on the side of inclusion.

True, he wasn't the villain in the first movie, but that's irrelevant because the franchise is built on Jason. The recent reboot ignored his mother completely. 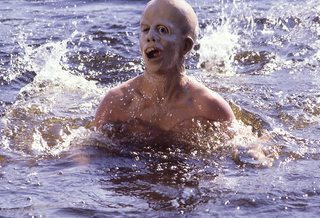 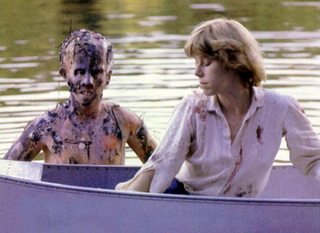 First movie: drowns, then comes back as a rotten, waterlogged corpse. 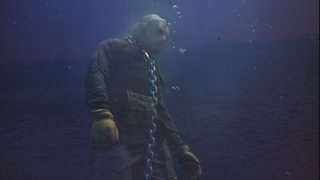 Spends years in a lake, after being killed by the ghost of a psychic girl's father. 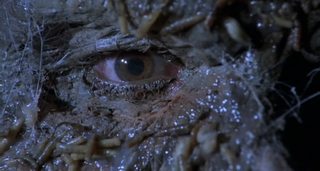 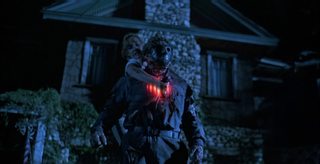 He's a demon who can only be killed by a magic dagger. 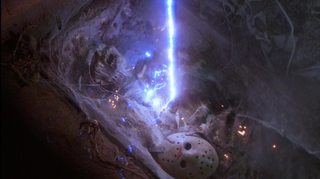 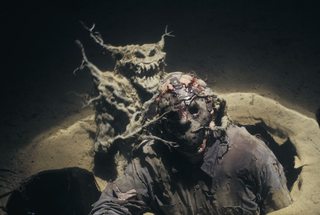 Devils drag him to hell. 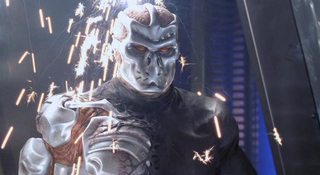 Nanobots turn him into a cyborg. 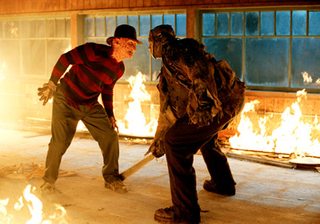 Fights Freddy in a dreamworld.

17
If a sequel contains SFF content, does that make the original property on-topic as well?
11
Do we have to ask if all these works are on-topic or not?