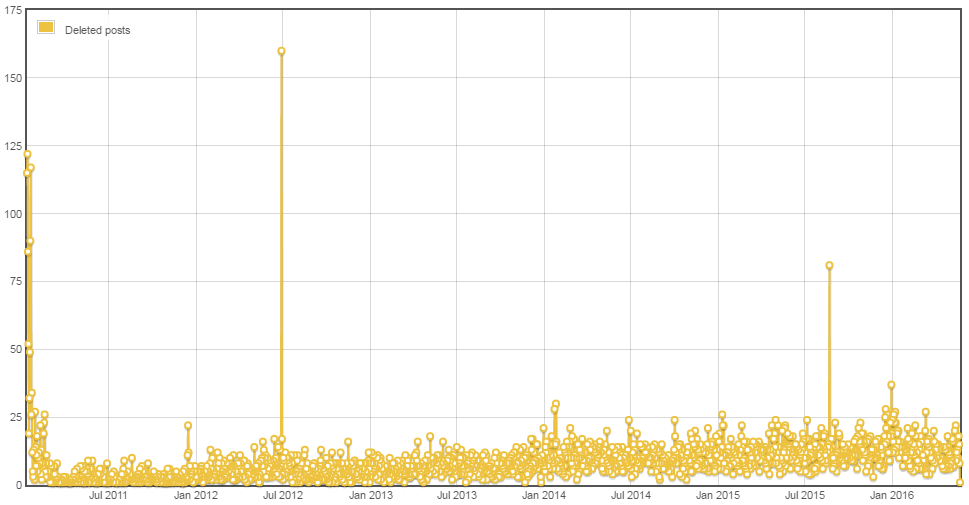 4
new question stats
15
Is it worth having a site blog?
8
Has Stack Exchange stopped running contests?
16
Why was this question deleted?
6
Why were these posts deleted by Community ♦?
18
Do we want to continue having a main site question feed in the general chat room?
19
Let's talk about handling spam or rude/abusive posts
11
Yes, you could enable traditional triangle-in-circle post vote button graphics on new site design on Sci Fi SE
16
Why was my answer deleted?