Migration to M&TV - reopening the discussion

A long time ago, on a site far, far away this site, the possibility of a migration path to the Movies & TV Stack Exchange was discussed.

The highest-voted answer there says:

This discussion the other day shows that some people, including high-rep users, aren't entirely on the same page regarding what should be migrated. It's clear that non-SF&F movies or shows should go. It's pretty well established, I think, that asking about a non-genre show or movie is probably fine if the question related to a genre-ish element within that movie, but having a bit of genre-ish content doesn't make a show SF&F automatically. But what that discussion seem to indicate is that non-genre questions are off-topic, even if they're in an explicitly on-topic show.

This, I think, is unclear to all. Is this the consensus opinion? Where exactly is the line drawn about non-SF&F elements in SF&F works?

Once we've established that, I think the migration path should be added.

A year and a half have passed since then, and much has changed both in SFF and in M&TV, so I'm reopening this discussion. There are two issues to be established here:

(For what it's worth, M&TV had a similar discussion about migration to other sites, which is marked status-deferred, indicating that they won't be adding any migration paths in the near future, but may do so at some point.)

Nah. Not only would automatic migration be a flashpoint for contention (nearly a quarter of mod-migrated question have ultimately been rejected, I can only assume the number would be higher if we allowed community migration) but there's simply very few questions that get asked on SFF:SE that need to be migrated, As user1027 pointed out, less than one or two every month.

The present system (flag it and let a mod sort it out) is both proportionate and appropriate. Adding migration paths just complicates matters unnecessarily.

There's really no need. In the last 90 days, we have not had a single question migrated to M&TV: 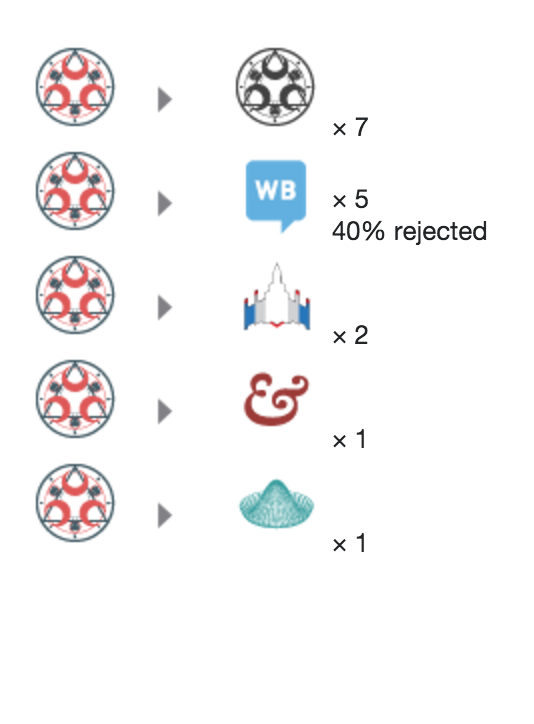 This data.SE query shows how many questions have been migrated away from this site that have never been closed on the target site. Movies & TV is by far the most common target for successful migration:

The other answers have already shown that a Movies & TV migration path isn't needed right now, but if we ever add a migration path to anywhere, Movies & TV would be the site to add. But from the numbers above, we've had only 1.3 successful migrations to Movies & TV per month over that site's lifetime.

Not the answer you're looking for? Browse other questions tagged discussion migration movies.se .

5
How should seasons/series of Doctor Who be referred to?
12
Should We Allow Links to Sources of a Questionable Legal Status?
29
How should we handle questions that are about non-SF/F elements in a SF/F work?
12
Should we offer a migration path to Movie:SE's unwanted story-ID questions about sci-fi (and fantasy)?
20
54 story identification questions incoming from Movies & TV at 23:00 UTC 2017-02-05
16
Is the Joker movie on-topic here?