Can a user ask something they already know?

Let's say the guy who made all the wands for the Harry Potter films is secretly a SFF.se user and wants to test our knowledge / research skills, so he posts a picture of a bunch of wands and asks "To whom do each of these wands belong?"

To whom do each of these wands belong? 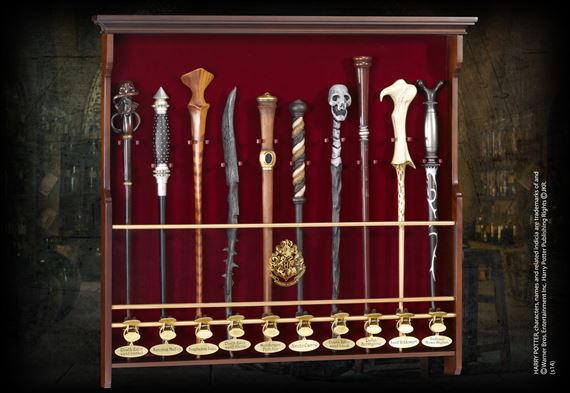 Would that be a bad thing to do? Meaning, even though he knows the answer since he's the one who made those wands and is an expert on the subject, is it OK to ask the question and allow others to search for an answer?

For another example, let's says the user who asked What are the names of all the sci-fi vessels in this artwork? is actually the original artist of that drawing and just wanted to see if SFF users could successfully ID all the different ships - Would that change anything? Would users frown on the asker and downvote the question when/if they discovered that he's the original artist?

I personally think that it is acceptable as I find these picture-identification questions really enjoyable.

Can a user ask something they already know?

Personally, I've asked many questions to which I know (or could easily find) the answer but allow others to post answers instead. That way, the site gains a quality question and one or more quality answers without people worrying that I only posted this question to bolster my own reputation. And when I do self-answer, I never use the checkbox shown above, but wait to start writing my answer until I've finished writing the question, thus "levelling the field" a bit.

Let's say the guy who made all the wands for the Harry Potter films is secretly a SFF.se user and wants to test our knowledge / research skills, so he posts a picture of a bunch of wands and asks "To whom do each of these wands belong?"

This is still fine, provided the guy doesn't engage in self-promotion while asking questions about his wares. For those interested, the Stack Exchange spam policy can be found at the bottom of this page.

It is allowed, but that doesn't mean you should.

Some users, like myself, have issues with questions that are not asked in good faith. There are some questions here that were quite clearly asked because a user found a bit of trivia and decided to turn it into rep. That's not explicitly forbidden, but it also isn't very cool.

I would recommend the following guidelines:

So, yes, you can do it, but please make sure it is a worthwhile post. The goal of this site is to provide well researched answers to relevant questions, and the goal of the users should be to make the site as useful and high-quality as possible. You gain rep along the way, but that should always be a side effect, not the end game.

A ton of picture identification questions aren't going to help many people, although they are often interesting and sometimes a LOT of fun to answer, especially when a group of people get together and assemble an enormous CW answer.

Most of the time, you should ask questions because you don't know the answer, but want to learn about it. Questions your already know the answer to should never be more than an occasional indulgence.

And more important than anything else, make sure that the question is worth having here. It should be interesting to other people, at least somewhat significant, useful, worthy of upvotes, and ideally, something that other people might have been wondering about as well.

Questions that fail to meet these criteria should be avoided whenever possible.

Although it goes without saying that we usually don't know whether the OP already possesses the information he or she is seeking unless he or she posts an answer shortly after posting the question, and it is rarely easy to determine with any certainty whether a question was asked in good faith. This means that it is incumbent upon each of us to maintain our own integrity for the good of the community.

Full disclosure: As far as I can recall, I have asked questions to which I knew the answer only twice: once here, once on M&TV. They were both Story ID questions about a particular movie. I asked here first, to see how long it would take for someone to find the (extremely obscure, almost completely unknown and forgotten) movie in question. Months later, I asked it on M&TV to see if they would be faster than SF&F.

I believe it is OK to ask such a question, as long as you also post your answer.

See It's OK to Ask and Answer Your Own Questions (on StackOverflow blog), which is linked from the "Ask Question" page. This is official policy all around the Stack Exchange network, as evidenced by the Help Center entry Can I answer my own question?

Yes! Stack Exchange has always explicitly encouraged users to answer their own questions. If you have a question that you already know the answer to, and you would like to document that knowledge in public so that others (including yourself) can find it later, it's perfectly okay to ask and answer your own question on a Stack Exchange site.

5
Is it OK to post a story-identification where you knew the answer at the time when you wrote it?

9
How do we deal with accumulations of partial answers?
12
Interesting trivia questions to which you already know the answer
10
What to do about out-of-date meta questions?
9
Where does it say that a user can't ask a question they know the answer to?
16
LMGTFY (Oh, yes, please, would you?)
0
Should we have an etiquette for NOT “stealing” answers on reopened questions?
12
Should one know at least some canon of a question they're preparing to VTC?
2
What is the policy on unsourced quotes on SFF?
9
On recommending, reusing and attributing existing answers in almost-duplicate questions