UPDATE: As the result was a draw, I've chosen the answer with the single highest number of upvotes as the winner; 8 versus 6.

As before, you need to pick your preferred film and post it as an answer below. Upvote the ones you like and the top answer (by Tuesday 11th August at midnight UTC) will be selected as the winner. We'll then watch together on Thursday 13th August at 10pm UTC in the Mos Eisley chatroom.

Choose wisely and remember, all most suggestions will be considered carefully, with no exceptions very few exceptions. 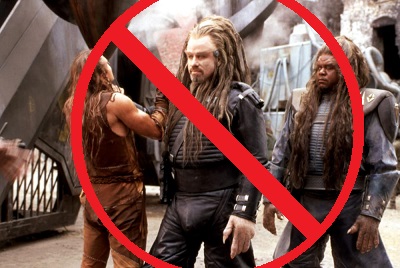 I nominate the classic movie The Day the Earth Stood Still, starring Michael Rennie and Patricia Neal, which is available on Netflix.

In 1995 The Day the Earth Stood Still was selected for preservation in the United States National Film Registry as "culturally, historically, or aesthetically significant".

The Day the Earth Stood Still also received recognition from the American Film Institute. In 2001, it was ranked number 82 on 100 Years...100 Thrills, a list of America's most heart-pounding films. It placed number 67 on a similar list 100 Years...100 Cheers, a list of America's most inspiring films. In June 2008, the American Film Institute revealed its "10 Top 10" — the best ten films in ten "classic" American film genres — after polling over 1,500 people from the creative community. The Day the Earth Stood Still was acknowledged as the fifth best film in the science fiction genre.

I repeat for emphasis:

"The Day the Earth Stood Still was acknowledged as the fifth best film in the science fiction genre."

It's also the only movie I know of that had the balls to say "Stop obsessing about Communism, you childish jerks" at the height of the "Red Scare", and even cast a blacklisted "Communist sympathizer" in a major role. 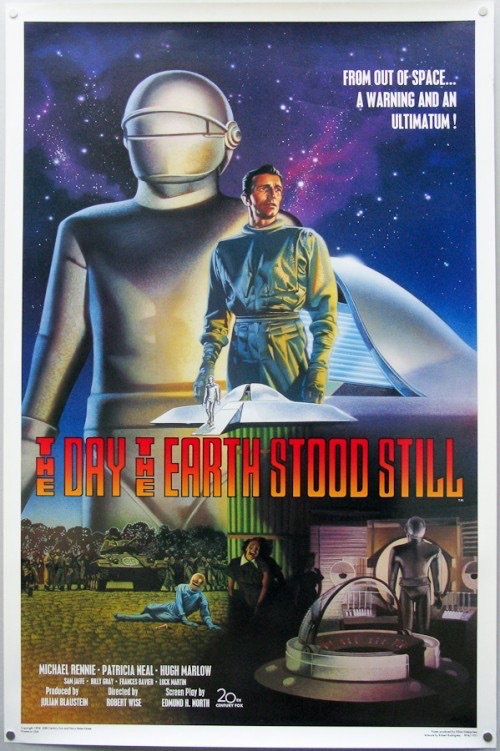 Since Manos: Hand of Fate didn't go over well, I suppose it's time to bring out the big guns.

The movie popularly considered the worst movie ever made:

Plan 9 From Outer Space (not to be confused with Plan 9 from Bell Labs).

Once again, a public domain movie available on YouTube:

The film tells the story of extraterrestrials who are seeking to stop humanity from creating a doomsday weapon that could destroy the universe. The aliens implement "Plan 9", a scheme to resurrect the Earth's dead.

Both Wood and his film were posthumously awarded two of Medveds' Golden Turkey Awards, as the Worst Director Ever and Worst Film, respectively.

And remember friends, future events such as these will affect you in the future. 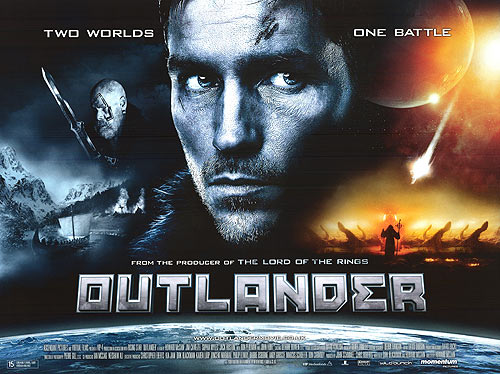 It's got old fashioned battles, it's got sci-fi, it's got giant monsters. It's viking drinking games! It's actually got a plot!

Since it's always the answer to a Story ID question except that it almost never is, I nominate Hardware. Plus, it's pretty classic dystopic science fiction where the female lead fairly successfully defends herself from the robot attacks despite her boyfriend being the obvious designated hero of the piece. 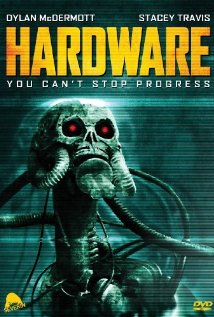 I say we all watch Fantastic Four.

No, not that Fantastic Four.

No, not that Fantastic Four either.

I think we should just cut to the chase. Forget all these mediocre or mildly bad movies, and go for the jugular.

Manos: The Hands of Fate is a 1966 American low budget horror film written, directed, produced by, and starring Harold P. Warren. It is widely recognized to be one of the worst films ever made. src

Because this film was published pre-1977, and without a copyright notice, it is in the public domain. It can be found on YouTube (the link in this post), as well as a number of other places.

I'm going to vote for "Real Steel" with Hugh Jackman.

It's got everything; gigantic robots whacking at each other, a cute kid, a failed boxer and the super hot hottie who'd love him if only he'd stop sabotaging himself... 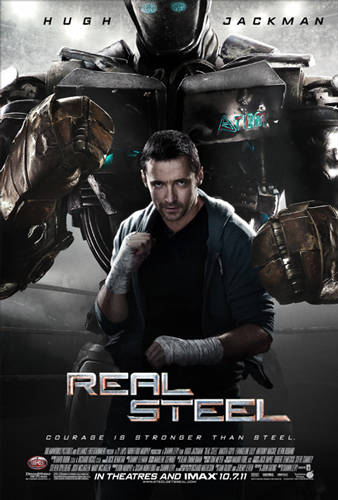