What's the etiquette of inserting videos, pictures, or other media into someone else's post?

This topic came up in chat the other day. 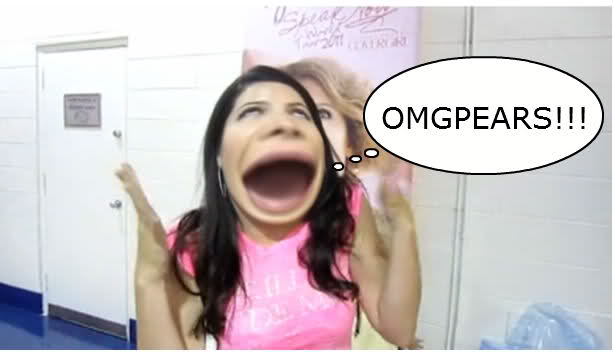 Is it good form to insert a related, but ultimately unnecessary, animated gif, picture, or some other form of media (say, a YouTube video) into someone else's post?

I don't feel it is good form. If the OP wants media in their post, I of course don't mind viewing their pictures -- many of them are really enjoyable. But I feel it's up to the OP to place media in their post. Some users, myself included, prefer a neat text-based question (Although I, too, have occasionally put an image in one of my posts.). To inject unwanted media into an OP's post is, I believe, poor form and unnecessary. Yes, perhaps there is the rare instance that added media will enhance the post, but I don't believe this is true most of the time.

I may be alone in my take on this. But if I'm not, is there some sort of etiquette we can talk about, maybe gauge how the community feels about this?

I'm not proposing we establish a rule or anything like that, but I also don't think it's at all appropriate to say to the protesting OP, who has just been media bombed, "That's what rollbacks are for." That kind of smacks of neener neener to me. Why should I be responsible for policing other users, and for keeping their unwanted media out of my post, when there's no need for media to begin with, only to be blithely told, "If you don't like it, too bad. Take it out yourself"? I rarely have time to check my inbox to begin with and I can never find the rollback option (Yeah, yeah, I know ...).

I know we're a collaborative community and that we all muck around in each others' posts, editing, formatting, improving, etc. But I wonder if media should be treated a little more delicately. For example, in a recent Harry Potter question, an answer was given from book canon; someone inserted an animated gif from one of the movies into the OP's answer that directly contradicted book canon. That could have been damaging to the OP's answer and cost him/her upvotes.

How should we treat media? Is it okay to insert unsolicited media into another user's post or answer? 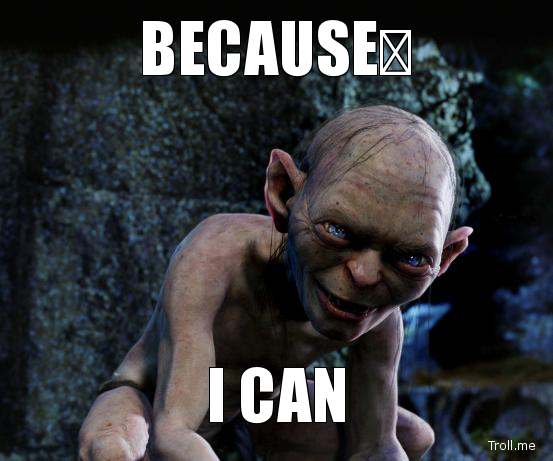 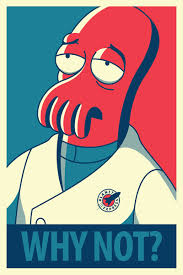 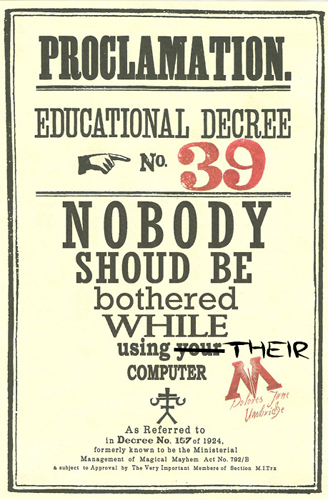 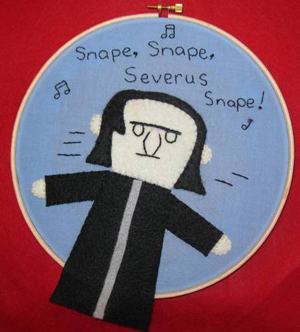 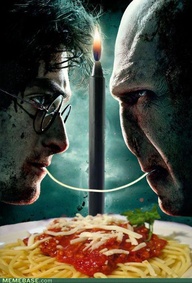 Because I can too :>

It's clear that editors are allowed to improve posts.

It's equally clear that editors are not allowed to make a post worse.

What is perhaps not completely clear, but is true nonetheless, is that editors are not allowed to merely change posts. If the edit doesn't make the post better, then it should be rejected.

In practice, the difference between "improve" and "change" can be hard to pin down. Thus, I think the standard to use should be "Is this image worth a proverbial thousand words? Does it replace a good chunk of unclear descriptive text in the question/answer?" If yes, go ahead and add it. Otherwise, no matter how relevant or pretty the picture is, you are not within your rights as an editor to add it.

As a general rule of thumb, I’m fairly conservative about adding media to somebody else’s post.

I feel like media draws attention more than text (look at teh shiny), so I don’t want to add it unless it adds clear and indisputable value to the post. Usually this means my media edits are fairly minor.

In both cases, the change to the post is fairly minor, and I don’t think the OP could have much objection to the edit.

Otherwise, if it’s anything more substantial and I think it might be useful, then I usually leave it as a link in the comments. The OP can see it and add it if they wish, and other readers can find it, but it doesn’t change the original answer.

I feel that this should follow the same exact rules as (a) editing in text and (b) inserting media in your own posts:

I'm really not a fan of the numerous pointless images that get inserted into posts. If the Q&A requires some visual evidence or explanation, then yes an image is useful. But the majority of the time, an image is used that just depicts a topic being discussed. If the question asker and answerer don't know what the things they're discussing look like, then we have some really big problems that need to be discussed.

Personally, I rollback edits that add these gratuitous images to my posts. If I wanted them there, I'd do a google image search and add the image myself. I prefer to keep my posts short and to the point.

However, my opinion is clearly the opposite of the community, which seems to upvote these posts more than posts that don't have images. I think this is an instance of something that isn't helpful being popular, but I can't form an effective argument on the subject.

Call me old-fashioned, but I like pictures with my text and I've always though that a well-chosen picture can massively improve a question or an answer.

Part of the ethos of the site is that we're free to edit posts based on whatever we think will improve them (e.g. "clearer or more relevant") and that includes adding pictures, quotes or anything else as long as we don't change the original meaning.

To quote from the site FAQ;

"Edits are expected...to leave the post better...[including] add[ing] related resources or hyperlinks" and that "If you are not comfortable with the idea of your contributions being collaboratively edited by other trusted users, this may not be the site for you."

At the risk of seeming like I'm repeating your own words back, I haven't seen many "protesting" OP's in the chatroom and the original editor is always free to roll back to an earlier version if they see something they don't like (in fact they get a badge for doing so).

The only caveats I'd put on adding media is that an edit should never be made twice (if the OP has removed it) and I'd always be shy of editing a post or a question from a high rep-count user since they're usually big enough and ugly enough to do their own editing.

23
What is up with all the tangential imagery?

3
Unnecessary editing- Why would people do it?
8
Editing Posts and Rollbacks
21
Community Promotion Ads - 2017
30
Please do not recommend moving an on topic video game identification question to Arqade!
1
Can we make this answer about autism acceptable to all people with autism?