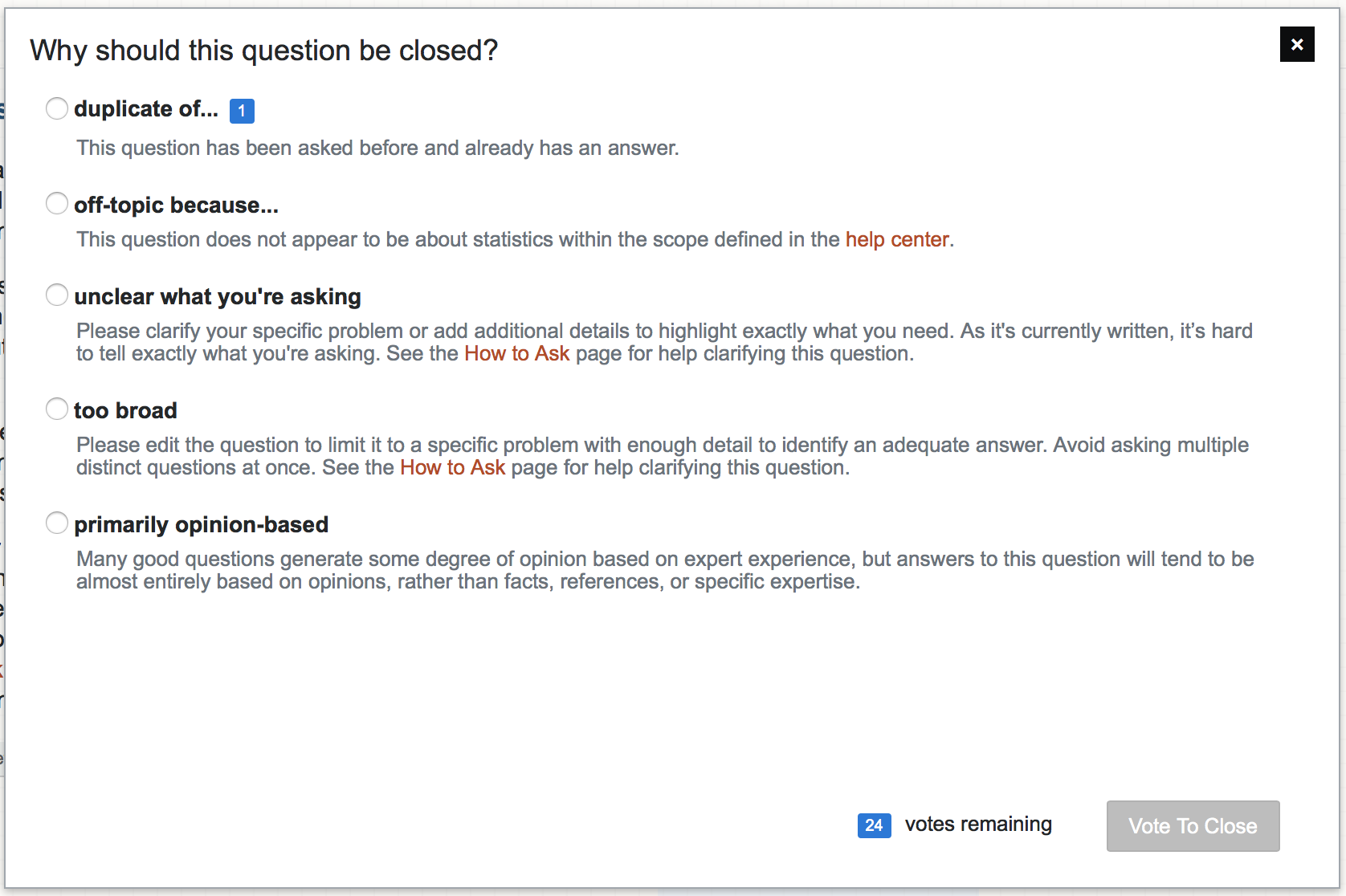 -9
Just because a question has been asked and answered does it make it correct?
5
Dupe, but mine was first
3
Should you be able to be flagged as duplicate by newer post?
3
Was it acceptable to close Question B instead of Question A?
2
Priority for duplicate questions and answers?
1
Why was this question tagged as a duplicate?
20
Is a user allowed to ask the same question twice if they didn't get an answer the first time?
13
Does this Meta policy overrule our Meta?
-22
How can this question be duplicate (Also, please revoke diamond status of @Keen)?
11
Is it encouraged to delete your own questions if they have possible duplicates?
See more linked questions

5
Two duplicates, which one to close?
40
Why is the close-as-duplicate policy so aggressive, and should we change it?
2
Reopen this mistakenly-closed-as-duplicate question
2
Should the Dementors question be reopened?
13
Which one of them should have been marked as a duplicate of the other?
12
Why was this question about maester chains closed?
4
Which story ID question should we close as a duplicate?