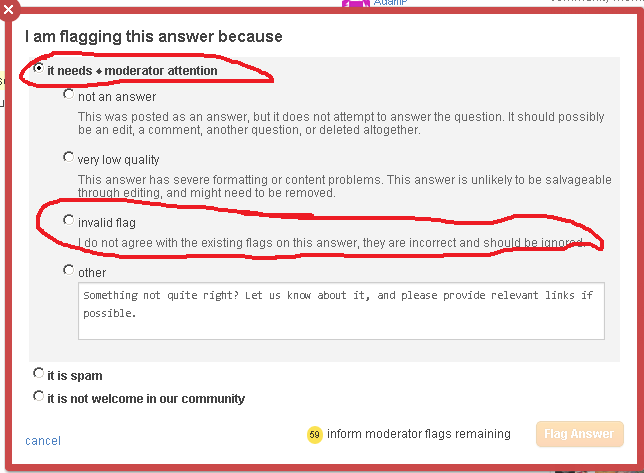 12
What should we do with old meta posts about SE workings that no longer exist?
8
"Your last flag was declined - please review it before flagging this post!" But how?

17
What are standard internet reference sites for SF?
19
What are the rules for when chat messages appear in a user's inbox?
6
I noticed the tools for promotion, tweets, Facebook and G+ are missing. What happened to them?
4
When does the system show flag review screen?
2
What are the exact requirements for tag badges?
12
What to do when Very Low Quality flags are not available?
6
If someone uses all of their flags, are they not allowed to flag anymore?
14
Do we want Smoke Detector to auto flag spam?
15
Why was my flag declined because the mods were "already aware of this user's struggle"?
3
Why was I asked to review "a first post"? What are the consequences for ignoring the task?