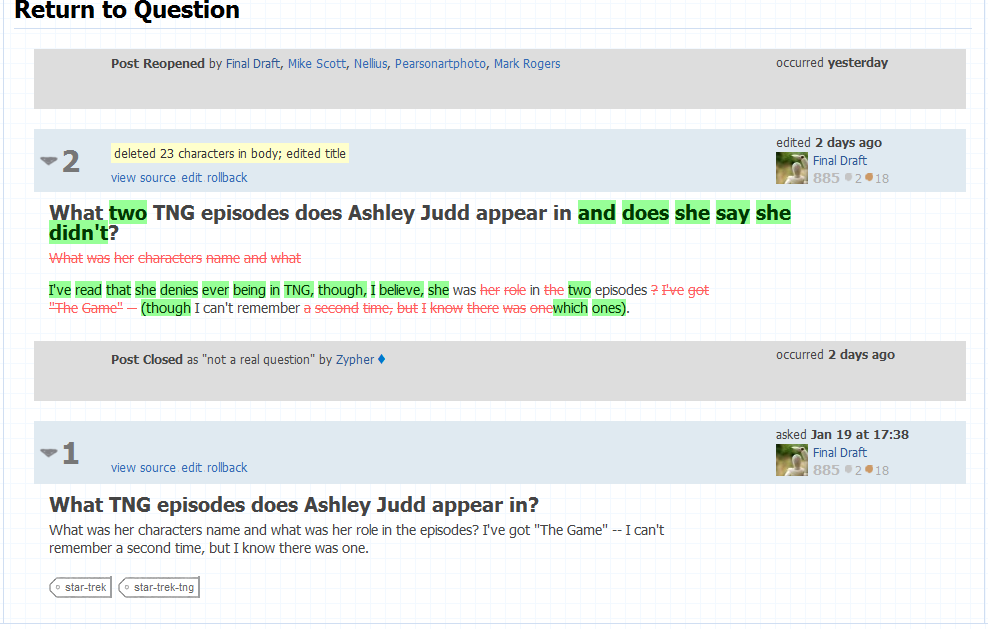 30
What questions are on-topic, and what questions are off-topic?
14
What good questions are not about a specific work?
13
When and why was the Bombadil question deleted?
1
Is a question "General Reference" if it requires several articles to be answered?
17
Is general reference used inconsistently?
8
Should we add the [star-trek] tag to all of the Star Trek questions that don't have it?
24
Why does the community like hand-drawn red circles?
0
Why are so many questions unnecessarily answered with lists? And how to prevent it?