How should we tag questions about the TV show, House of the Dragon?

Use with the [game-of-thrones] tag.

My question is not about Game of Thrones, and in fact, has nothing to do with it.

One of the suggested edit review queue pre-defined rejection reasons is:

This edit introduces tags that do not help to define the topic of the question. Tags should help to describe what the question is about, not just what it contains.

I would've reverted that tag edit to my question since it doesn't describe what the question is about, but then I would go against the tag usage guidance written in the tag wiki. In other SE sites I'm more familiar with, like Arqade, and Movies & TV SE, questions about a sequel or prequel work aren't tagged with the tag of the work it is a sequel or prequel to (unless the question's topic overlaps both works). I'm wondering if it's different in SF&F SE.

On the same topic of the House of the Dragon TV show tagging, if a house-of-the-dragon question topic overlaps the books (the question I linked above doesn't), should it also be tagged with fire-and-blood (book the show is based on) and/or a-song-of-ice-and-fire (the book series)?

How should we tag questions about the TV show, House of the Dragon? 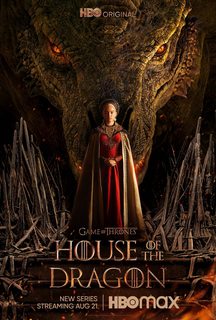 I think it's fine if we treat our tags the same and use game-of-thrones as a universe tag for the show world and for the specific show itself. In that case the tag wiki edit and post edit by DavidW make sense.

This also aligns with how we're treating a-song-of-ice-and-fire as the universe tag for the book world. You will see that it is used for questions about the main series and the spin offs such as Fire and Blood and The World of Ice and Fire.

If your question is overlapping in scope with the books and TV world you are fine to tag with both the universe tags as well as any more specific tags as necessary.

4
What type of questions bring in the most viewers?
21
How should we handle tag hierarchies?
10
What is the [reference] tag for?
4
How should we [title] tags?
3
What is the purpose of the [animals] tag?
11
How much usage guidance is required for a tag?
5
What should the [video-games] tag cover?