Why was I asked to provide information already included in my question? 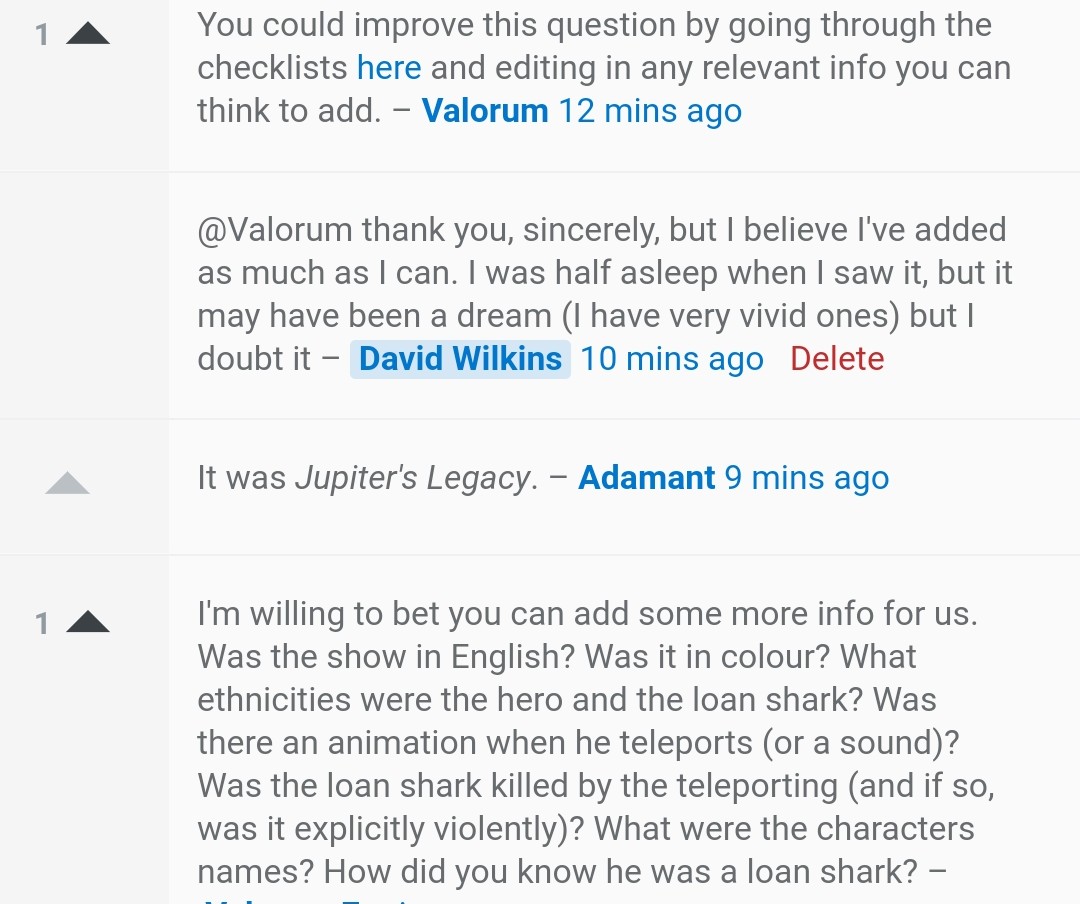 I'm not sure why I was grilled so harshly when I included all the info I could remember that was relevant. How do I know he was a loan shark? I believe that's a rather specific detail I remember. Maybe I don't have half a million points on here, but don't assume I'm a noob. That was disrespectful.

You weren't grilled harshly, you were asked to provide some basic information we generally ask of all story-identification requests. If you don't believe me, go through that tag and look at the comments on the questions.

While you painted a very vivid scene that proved to be enough to identify it, we get a lot of questions looking to identify a book, film, and so on, that lack basic information.

Such as when the querent read or saw the work. Sometimes, it's only a vague reference such as "recently" or "when I was in high school". We don't know what counts as "recently" and we sure don't know when the querent was in high school.
Other oft missed information include the nature of the work (was it animated?), or where it was encountered (different countries have different TV shows and different books).

This happens so often, that we've compiled a list of these points and even specific ones for anime, western comics, video games, and even fan fiction.

These lists are also meant to jog your memory and to encourage to include even the most minute of insignificant-seeming details, such as the colour of the cover. Even questions that provide a lot of details already, often get a link to one of those lists to help and encourage the querent.

So you weren't grilled harshly, you were asked the same thing we ask of most requests for identification.

As a side note to SQB's answer, it's not unusual for the comment questions to be kind of leading questions to a suspected answer (or at least I'm very prone to that). Sometimes, I'll read a detail and think "Well, I know something with that detail, but I'm not sure about these other bits..." so I'll ask questions that hint at other details associated with the suspected answer. This is sometimes because I don't feel it's a strong enough match to make an answer, but I don't want to provide an "answer" in the comments (since those don't show up in site searches), sometimes because I don't actually remember the name of the work yet, and sometimes because I just don't have time to write something up.

But yeah, outside of that, it's details that weren't stated, or which are unclear, most of the time, or attempting to elicit further information. For example, the question of why you know he's a loan shark might make you think to add "I know he was a loan shark because he was collecting on a debt owed by the protagonist for his mother's hospital bills after she was hit by a car", which introduces two more plot points that might be relevant. It gets us past "just the facts" and into why people are doing things, which is a major part of the plot.

Not the answer you're looking for? Browse other questions tagged discussion story-identification comments .

14
If you don't want spoilers…
12
Is the tone and tenor of the site already devolving?
19
What's the etiquette of inserting videos, pictures, or other media into someone else's post?
13
What's with all the ring-related tags?
8
Is Mister Rogers' Neighborhood and by extension Daniel Tiger's Neighborhood on-topic?
1
Why was this Infinity Stone question about Thanos closed as duplicate?
3
What does it mean for a question to lack focus?
11
What tags should be used alongside story-identification, and similar questions?
5
Should questions closed for lacking details be voted for re-opening even if the original issue hasn't been addressed?