Charles Grodin, who had a long and fruitful film career, died today. Primarily a comedic actor, he had major roles as the villains in King Kong (1976) and The Great Muppet Caper, as well as smaller parts in 20,000 Leagues Under the Sea, Rosemary's Baby, Heaven Can Wait, and Heart and Souls; and many other non-genre productions. His most famous role may have been in the action-comedy Midnight Run, opposite Robert De Niro. 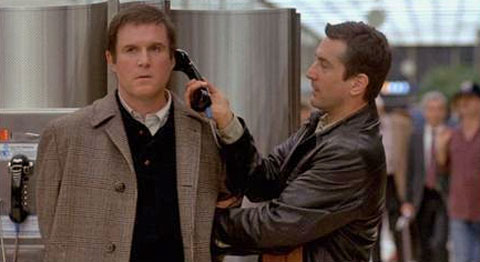 Here he is, as I will always remember him, singing to Miss Piggy (in the greatest Busby Berkeley parody every produced).

I remember him well from HB Kid. He was a young man; Cybil S. was just out of her teens and even Eddie Albert was not that old. Time is a heck of a thin.