Current background image is also nice. But, it looks like something magical, old & religious. The tech touch is missing or overwritten. The image is full of interstellar space & two planets. But, this drawing around surface of planet makes everything creepy.. 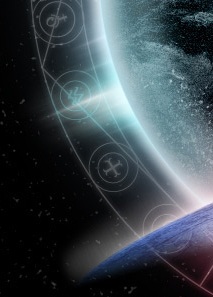 Such type of drawings were used to calculate future & interstellar distance in deep past (The Astrology touch). It makes me think that the interstellar space doesn't belong to Star Trek type canon, but something from old primitive fantasy or magic canon.
So, nothing is picked from fast track & future science fiction. Why is non-science fiction based fantasy part dominating?

As other users has mentioned the line between science-fiction and fantasy is often a very grey, blurry one. With mental based sciences and technology based magic the two genres can, and do, frequently cross.

As to the question, "Why is non-science fiction based fantasy part dominating?", I do not readily agree with this belief. It is true that strange symbols and flying, angel-esque creatures may predominately feature in fantasy, but this does not preclude their use in, or their application to a science-fiction based motif.

As it is now, the graphic keeps it simple. It requires the user to use their imagination a little and make it what they want it to be (as any good science-fiction or fantasy story should). It strikes a difficult balance between two worlds that would be all too easy to tip to one side or the other. At this time I feel that a redesign is not necessary and that as it is now lends itself to the design of the site very well.

I am a fan of more than half of the things you cited, but on a site that I feel is already heavily dominated with science fiction and unrepresentive of fantasy I like the rune symbols that are used throughout it.

From a design perspective it is hard to find the perfect balance between fantasy and science fiction.

I agree, and many of the symbols are from astrology, runes, or other similar fields. while I don't object to that, I know there are SF people who don't believe in those fields. I'd like to add that @SachinShekhar is not the first person to say that he feels the theme, while beautiful, focuses on fantasy and ignores the science fiction aspect (and that was the original theme before fantasy was added).

We also talked about the "Answered Question" image, which has to be simple. It was the biohazard symbol, but was changed to the three hexagons, which really has no meaning at all.

One suggestion I made on that topic was a retro looking rocket ship. That very image has already been used in the Area 51 where there are two images of an old retro rocketship. This could easily be turned into a silhouette and used as a background "Answered Question" image as well as being integrated into something that would add the SF aspect to the overall theme.

Although, I do think that the color scheme is a little too dark, I think what @Jin has done is a very good combination of SciFi and Fantasy. I doubt we could make something better and not veer more towards one genre or the other.

I like the symbols as they give a scorcery feel to the site which is very fantasy-esque and I like the space theme as it is generic enough to not be either genre, yet be both.

I vote no on a redesign, at least right now.

Actually, if I am a fan of Battlestar Galactica and Stargate, I'd rather be inclined to support those astrological zodiac signs or rune-like symbols, wouldn't I? In fact, in Stargate, the symbols are actually placed in a ring shaped gate, just like in the image. 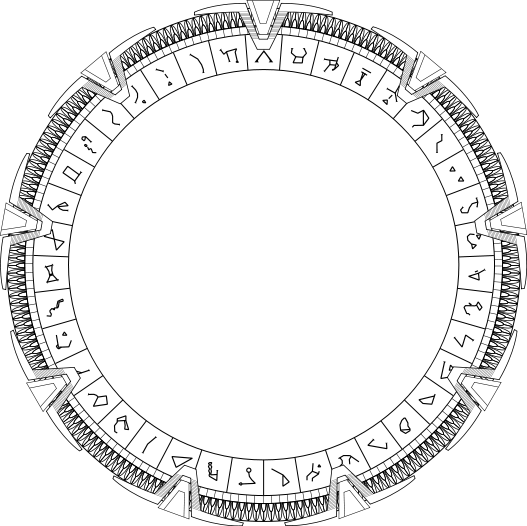 Not every work follows this trope, but many do, including hard science fiction. Symbolism is not restricted to religion and mysticism and personally I find that notion rather limiting and not in the spirit of speculative/science/fantasy fiction or just about anything that requires an active imagination.

There are several specific reasons why I strongly disagree with your suggestion:

Although I don't necessarily like every single tiny detail in the site design, my general opinion is that it is awesome and that it describes topics of the site perfectly. (And looks cool)

Not the answer you're looking for? Browse other questions tagged feature-request status-declined design .

53
Design for Science Fiction & Fantasy
18
What should our logo and design look like once we are no longer in beta?

8
Chat background changed today
16
Can we add a URL field to “General Reference” VTC reason?
3
Offline page has bad background image
1
Add physics.SE as an option for questions “that don't belong here”
4
What's going on with the add image dialogue?
8
White background covering up the stars background when viewing a question
3
What is our 404 image?