Richie Rich, the star of 50+ comic serials, multiple TV shows (and at least one truly terrible film) is famously the world's richest boy and scion to a vast fortune. But someone merely being grotesquely wealthy despite having no obvious talent is hardly the stuff of fantasy, so is he on-topic as a result of any other features of his portrayal, such as the casual acceptance of science fiction or fantasy?

Is the depiction of any SFF content in his properties so infrequent that it's only on-topic to ask about those very occasional lapses or is his entire world sufficiently scifi-y/fantastical that all questions about him are generally on topic?

Richie Rich is on topic here.

Richie Rich: The Poor Little Rich Boy (the 1956 Harvey Comics serial) did initially start out as a semi-realistic depiction for the first few tens of comics, but then rapidly descended into fantasy and science fiction with the regular appearance of a range of fantastical inventions. 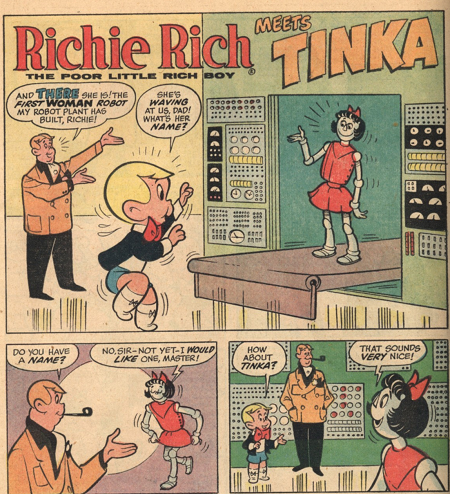 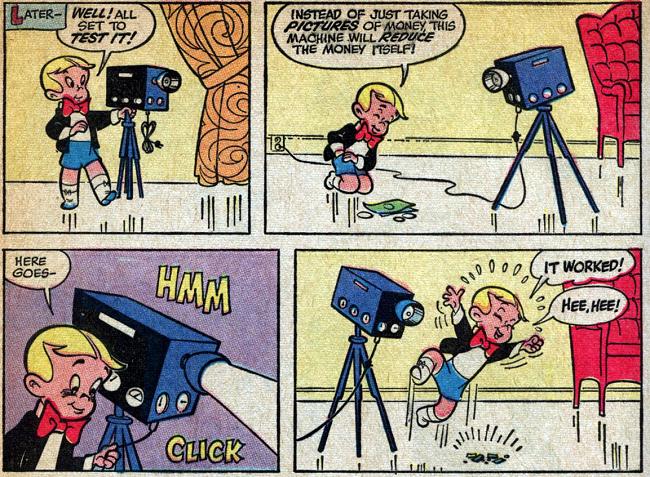 By the early 1960s, Richie was regularly having adventures with Casper the Friendly Ghost (another of Harvey's stable of comics), culminating in a crossover comic in 1974. 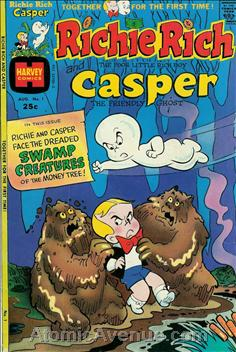 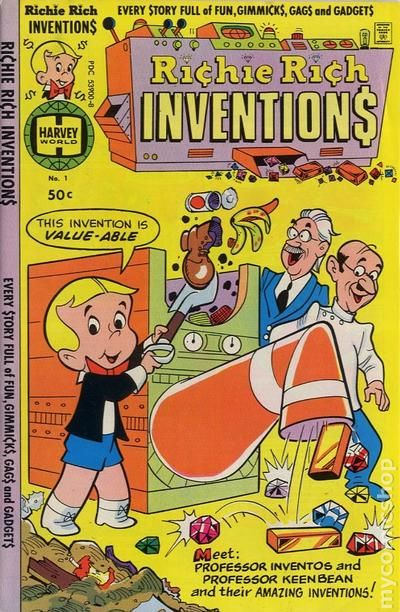 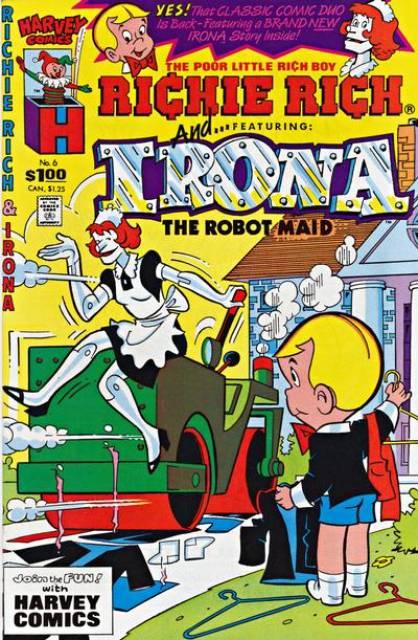 The 1980s cartoon series was even more overtly scifi/fantasy, featuring a regular segment called Richie Rich and his Zillion-dollar Adventures. These largely comprised of Richie fighting monsters and aliens.

45
Are works that aren't SF per se, but have occasional SFnal elements on-topic? (e.g. spy movies)
15
Is Ducktales on topic?