I've seen several SF&F question comments asking the poster if what they were asking about was really science fiction. Some were (but neededmore detail), some weren't, some were edge cases.

So, as an example, I'd like to ask about one of those edge cases, the original 1979 movie Mad Max.

Although the movie's Wikipedia article uses the word "dystopian", it seems to me this use is offhand and careless with nothing to support it. Nothing in that movie couldn't have happened in 1979.

This use of "dystopian" seems to be a retcon of sorts based on the sequels, whose post-apocalyptic aesthetic puts them squarely in the SF category.

The existence of Abbott and Costello Go To Mars doesn't make Buck Privates SF. So why should Mad Max: Beyond Thunderdome do the same to its progenitor?

Is MM really any different from other crime revenge fantasies of the time, such as Death Wish or Dirty Harry?

Does an expression of people's fears about what was going on at the time necessarily make it "post-apocalyptic"? "The near future" can be a euphemism for "now".

(I accepted Valorum's answer because he showed a poster where the original movie was promoted as a projection into the future).

The original 1979 BBFC Rating guideline for this film gives us a pretty good indication of its suitability for this site. In short, it's a dystopia and is set in the future. Either of those would make it a solid match.

A chilling futuristic fantasy set, as the opening caption tells us, "a few years from now," in an anonymous wasteland of roadways peopled by ruthless, dehumanised gangs hunted relentlessly by the Main Force Patrol of highway police. One such patrol car, driven by Max Rockatansky (Mel Gibson), has the psychotic Niglitrider and his girlfriend down "Anarchy Road" to Their deaths in a spectacular crash into the back of a petrol tanker. 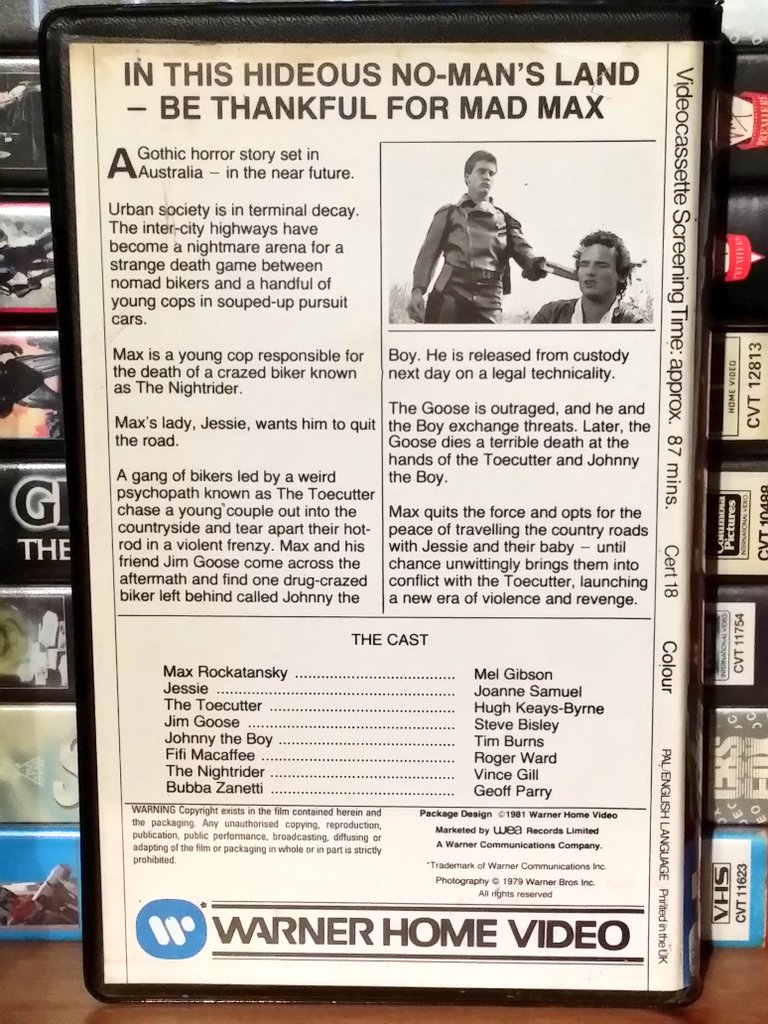 "A gothic horror story set in Australia - in the near future.
Urban society is in terminal decay. The inter-city highways have become a nightmare arena for a strange death game between nomad bikers and a handful of young cops in souped-up pursuit cars.

Mad Max is part of the Post-Apocalypse genre, a sub-genre of Science Fiction. Most other science fiction sub-generes are based on the hypothesis that extrapolation of current technological and societal trends will result in progress. Post-apocalyptic science fiction, on the other hand, is based on the hypothesis that civilization as we know it will collapse and technology will regress, possibly to a lower technology level than the present.

IMO The real litmus test if something belongs on this website or not is: "Does the story take place in a fictional world which has notable differences from our world?" and "Do these differences affect the story?". In our world, there are no psychotic motorcycle gangs which rule the desert. So it is a part of fantastic literature.

16
If a sequel contains SFF content, does that make the original property on-topic as well?