How do I improve my question skills?

I seem to be experiencing a rash of deeply polarized voters. If they were voting for or against me personally, I could understand. But if these votes are cast for my content I would like to find resources to improve them. 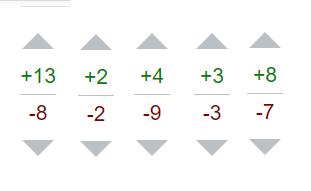 Is this polarization normal or do I need lessons?

After a bit of poking around, my view is your questions are polarizing or controversial because they are ones where the reason probably comes after the solution. By that I mean a plot is written that involves a situation that you ask 'Why' about and most likely no one asked that at the time, but may have filled in the blanks later.

This Talos 4 question is a prime example. They didn't destroy it because someone decided to use Talos 4 again in a plot. The answer is decent, but reaching.

The Nacelles question is another example. The (really good) answer cites a source from 1975 when the Enterprise was on screen a decade earlier. The ship looks like that because that was the chosen design, the radiation reason for it is back filled when someone feels like it.

Sometimes these questions are saved by a great answer. I tend to downvoted stuff like this because the real answer is either 'retcon' or 'it looks cool' or 'There is no story without it', though I haven't downvoted these because I don't often go into TOS questions.

There are many different users on this site with many different opinions. A certain amount of polarization is to be expected. Here are some of my posts, for instance:

If we look at Meta it is even more pronounced:

Not the answer you're looking for? Browse other questions tagged discussion voting asking-questions .

5
Why was this question about social attitudes towards SF closed?
15
Is it good that Story Identification questions are so well rewarded?
0
Should moderators wait till community made its opinion fully known before closing?
19
Can I add a note to my own incorrect story ID answer, explaining why it is incorrect?
14
Should questions about fandom response be on-topic?
0
How precise do the close reasons have to be?
13
Am I misusing the "Not An Answer" flag?