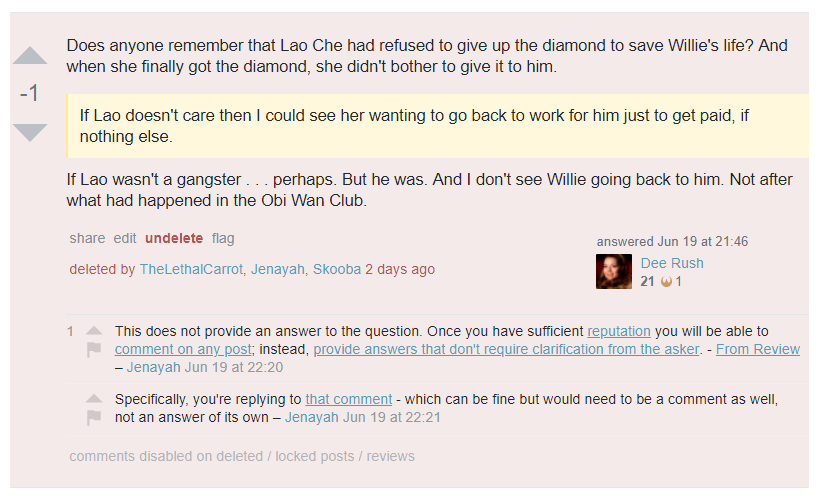 4
When should 20kers vote to delete an answer?