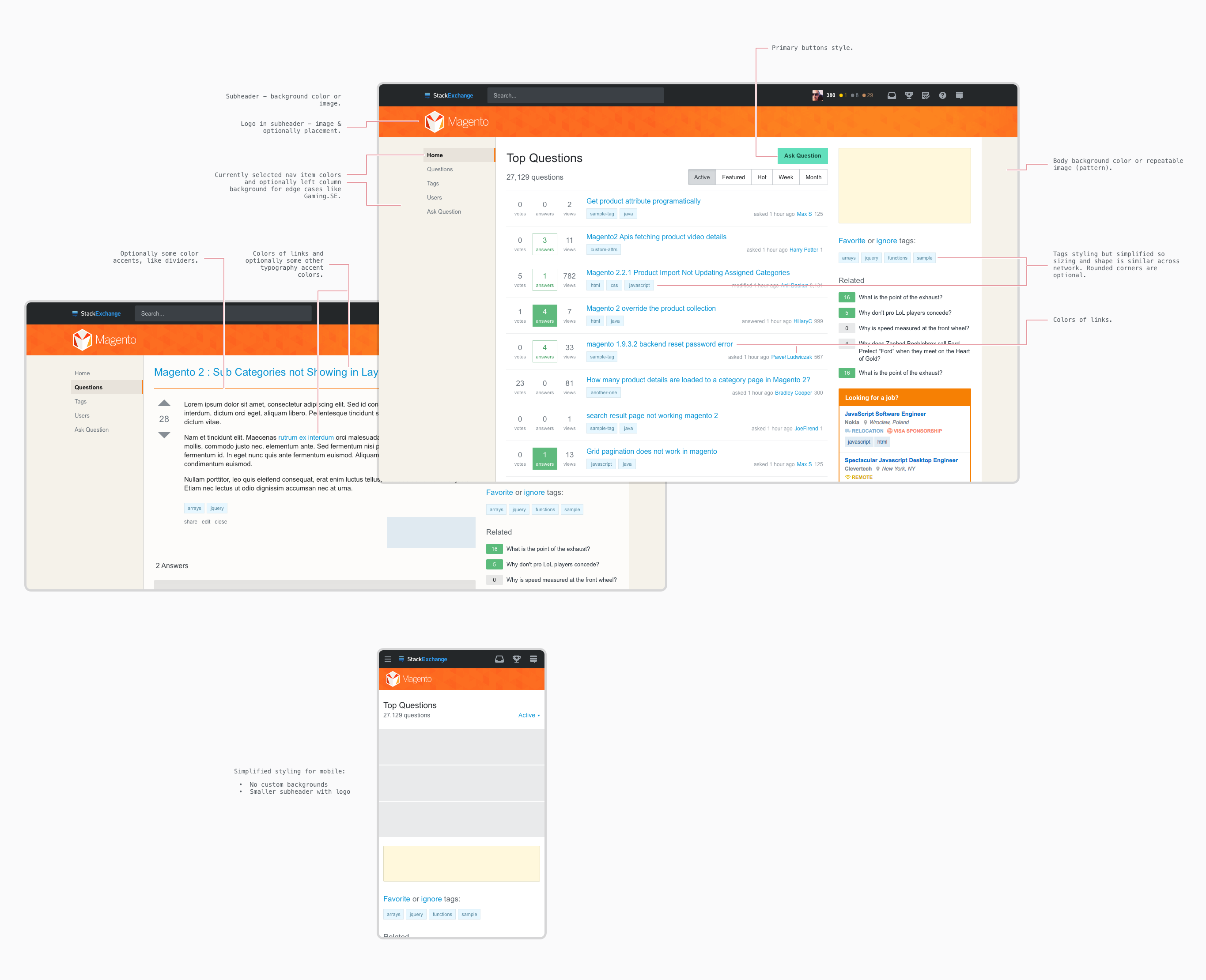 15
How will the logo and design be chosen?
1
Is there a lower limit in which question will appear sorted by votes?
2
Which SE site is a good place to ask about removing SFF custom CSS themes?
8
When will we get new profile?
21
Do we want a custom background with the new theme?
15
What should the new background/theme look like?
3
When will reputation re-calculation be finished for this site?
1
When I merge accounts, will I be contacted through email or phone? And how do I decide which account it's going to be through?