Are questions about Coco on-topic?

Are questions about the 2017 Pixar movie Coco on topic?

The film is based on the Mexican holiday the Day of the Dead, and has the main character trapped in the spiritual Land of the Dead for most of the film. It contains many fantasy elements, such as deceased ancestors visiting their descendants, Alebrije guardian spirits, and spirits finding life after death.

Yes, this film is absolutely on-topic

As you've pointed out, Coco isn't a faithful retelling of a specific religious story (in the manner of The Passion of the Christ) it's actually a jumbled mish-mash of a variety of different cultures and themes from more than a thousand years of history including some elements that are purely creations of the filmmakers.

Ghosts, magic, spirit-forms and fantastical beasts are all combined into a Mexican-(but also Mayan- and Aztec-)themed extravaganza. 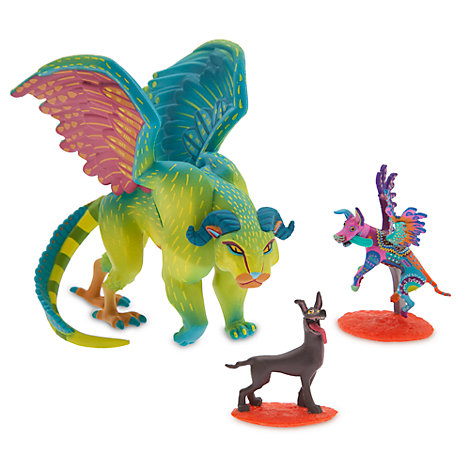 The film itself is billed by Pixar as containing magic

Despite his family’s baffling generations-old ban on music, Miguel (voice of newcomer Anthony Gonzalez) dreams of becoming an accomplished musician like his idol, Ernesto de la Cruz (voice of Benjamin Bratt). Desperate to prove his talent, Miguel finds himself magically transported to the stunning and colorful Land of the Dead following a mysterious chain of events. Along the way, he meets charming trickster Hector (voice of Gael García Bernal), and together, they set off on an extraordinary journey to unlock the real story behind Miguel's family history.

And that the setting is fantastical

In visualizing the Land of the Dead, Feinberg says the challenge to the team was to “make this world something fantastical that no one’s ever seen.” The land, inspired in part by the hilly Mexican town of Guanajuato located northwest of Mexico City, towers high above the ground. It is always nighttime in the Land of Dead, necessitating a staggering number of light sources to illuminate a scene that includes street lights, lights for the plazas, architectural lighting on bigger buildings, blue lights along the trolley tracks, pinlights that outline the edges of many buildings, headlights on the moving vehicles, lights on the construction cranes and much more.

1
Is the show Vikings on topic here?