Why is chat so easily manipulated? [closed]

Want to improve this question? Update the question so it focuses on one problem only by editing this post.

Why is chat so easily manipulated?

I said I posted floofs. You insulted floofs. I disregarder that insult and posted another floof. You ten posted the same message about floofs 3 times. At this point I flagged your message and kicked you. The flag was validated, which (in most cases) means it's not suitable for chat. For the whole time my face was like

It's as if you were trying to get yourself kicked from the room... which resulted in you being kicked. "Manipulating" chat into getting you kicked isn't the flaw of the chat, it's your problem.

Please, do not say stuff in chat that you were saying. This includes, but is not limited to, saying derogatory things about other users, or trying to get them angry. Just be nice, and people will be nice to you. Remember that free speech doesn't mean you are allowed to say anything you want to, and other people don't have to put up with that. 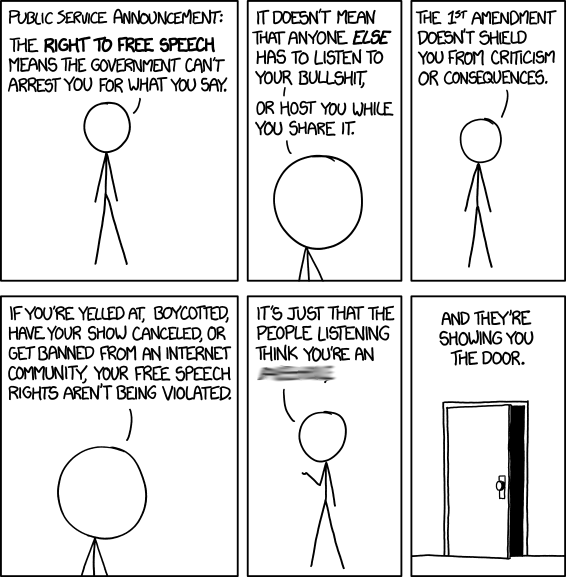 5
Why do we pick the Topic of the Fortnight in chat rather than on meta?
6
Should spoilers be allowed in chat?
9
Should we have a permanent “recommendations” chat room?
3
Should we put more easily accessible links on main pages?
3
Discussion Topic: Chat flags again. Suggestion: Require the flagger be in the room
11
General chat room: The Restaurant at the End of the Universe
8
How much research is expected before posting for story-identification?