Do you have a favourite movie? It's time to drag it through the dirt.

For this movie night, parodies of any fantasy or science fiction movie or book should be nominated.

Only upvotes will be counted.

The winning picture will be determined on September 24th

Is everything clarified now? Then get on with it! 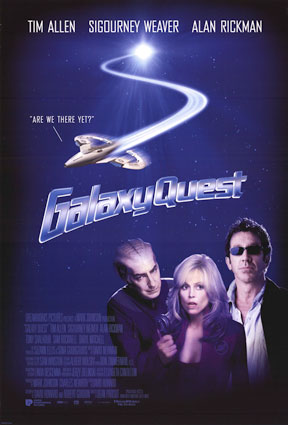 Is it a parody or a sci-fi comedy in its own right? This movie is so awesome it is hard to tell!

Galaxy Quest is an acknowledged homage to Star Trek; therefore a variety of elements in the former correspond to those of the latter. The television program within the film, Galaxy Quest, is set around the starship NSEA Protector, an instrument of the National Space Exploration Administration, which are parodies of the USS Enterprise (NCC-1701) and Starfleet respectively. The prefix of the Protector’s registration number NTE-3120 ostensibly alludes to some sort of similar space federation, but in reality stands for "Not The Enterprise", according to visual effects co-supervisor Bill George in a 2000 interview with Cinefex magazine.[20]

This homage also extended to the original marketing of the movie, including a promotional website[21] intentionally designed to look like a poorly constructed fan website, with "screen captures" and poor HTML coding. The homage even parodied the effect that Star Trek had on the social lives of its cast members, such as how Alex Dane (played by Alan Rickman) has been typecast after his success in the Galaxy Quest television show; this reflects the lamentations of Leonard Nimoy, who had been typecast after his performance as Spock.

Planet Spaceballs' President Skroob sends Lord Dark Helmet to steal planet Druidia's abundant supply of air to replenish their own, and only Lone Starr can stop them. 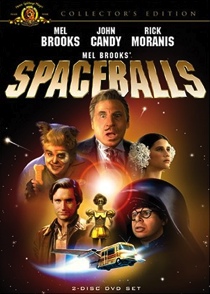 Sounds familiar? That's because it's a hilariously done Star Wars and Star Trek parody, doing more than fair justice to the original. All your favourite characters are in there, as well as a good deal about passwords (don't use 123456789) and hyper-space-travelling (don't use ludicrous speed) and even a few 4th wall break I'm not going to spoil here. 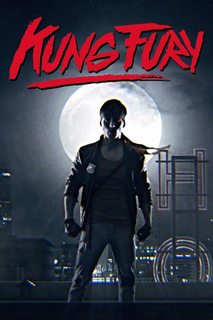 Sometime in the early 1980s, Miami-Dade Police Department detective Kung Fury and his partner Dragon apprehend a red ninja in a back alley, but Dragon is sliced in half by the ninja while Kung Fury is suddenly struck by lightning and bitten by a cobra, giving him extraordinary kung fu powers that enable him to defeat his foe. Years later in 1985, after defeating a rogue arcade machine robot, Kung Fury quits the force when he is assigned to partner with Triceracop, fearing that he would lose another partner in the line of duty. Meanwhile, Adolf Hitler, a.k.a. "Kung Führer", enters the timeline and remotely guns down the police chief and attacks the precinct through a mobile phone. Intent to avenge the chief, Kung Fury has computer whiz Hackerman send him back in time to kill Hitler in Nazi Germany. A glitch in the system, however, sends him back into the Viking Age. After Kung Fury meets the Viking valkyries Barbarianna and Katana, the Norse god Thor sends him to Nazi Germany for him to finish his job.

As a bonus, the movie is free to download, so it's very accessible.

What We Do in the Shadows

Written and directed by our good mates Taika Waititi (Thor: Ragnarok) and Jemaine Clement (Flight of the Conchords), What We Do in the Shadows is a 'mockumentary' about Vampires (and Werewolves) and their daily lives. 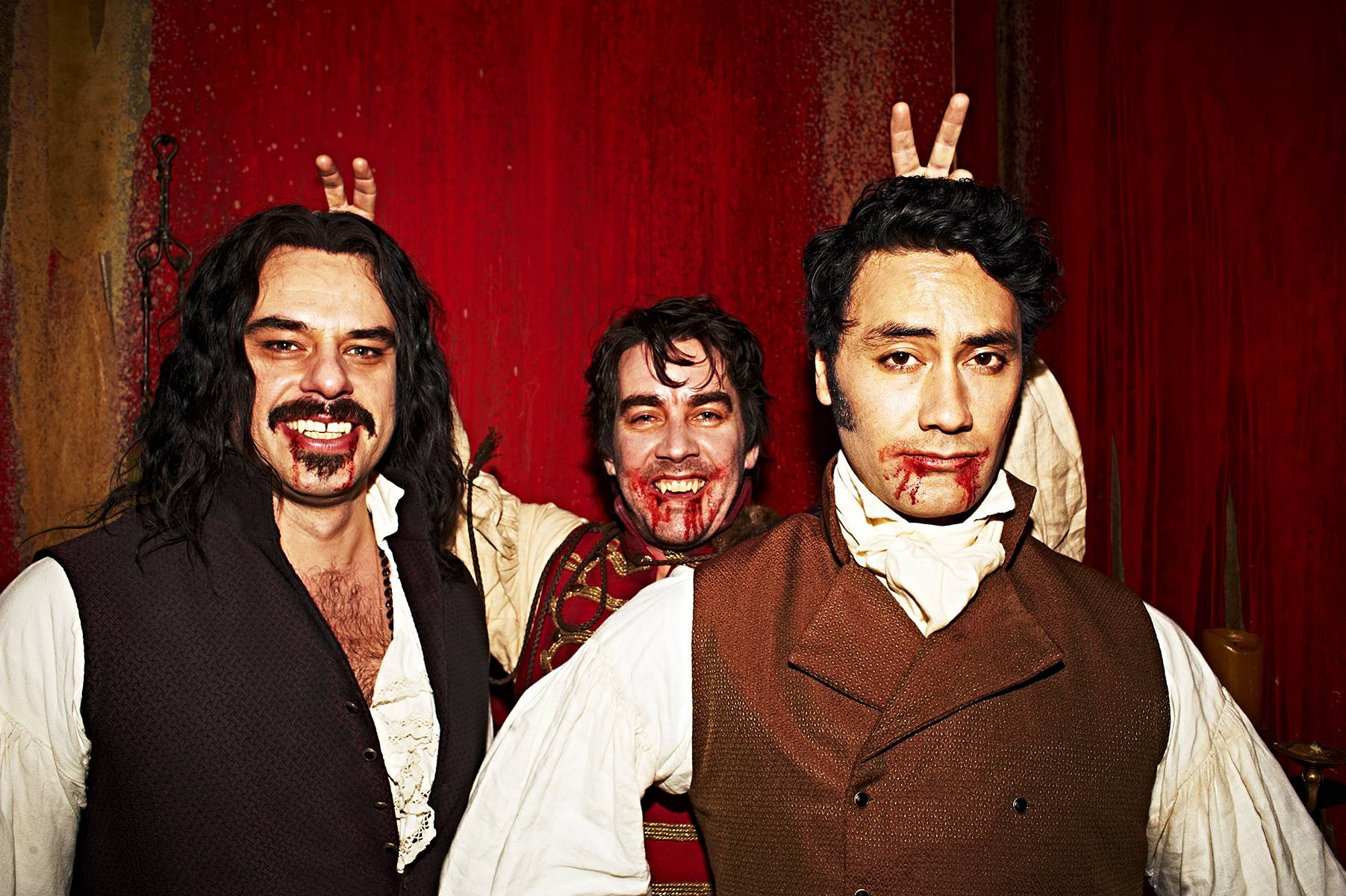 Parody of: Scifi fandom in general, and Star Wars fandom more specifically. There are significant parodies of and references to scenes from Star Wars, as well as Star Trek and other sci-fi.

Premise: You and your similarly geeky friends are die-hard Star Wars fans, and finally, after a couple decades, actual new movies are being made. You can't wait for Episode I to finally arrive. But then, one of your friends finds out that he has a terminal illness, and likely won't live to actually see the premiere of the exciting new movie he's been waiting for his whole life. Thus, a plan is hatched to take a big road trip and sneak into Skywalker Ranch so they can see the final cut of the film while their friend is still around to enjoy it. As they go on their trip, they meet an extensive cast of cameo appearances, primarily from Star Wars but also other sci-fi properties.

Rating: "PG-13 for pervasive crude and sexual material, language and drug content." I personally find the crude material districts from the fun of the main premise, and I even fast-forwarded through some of it that I just didn't find appealing. But even with that, it seemed that it ought to be nominated as it's a fandom film that I suspect isn't as seen as some of the more well-known ones listed here. 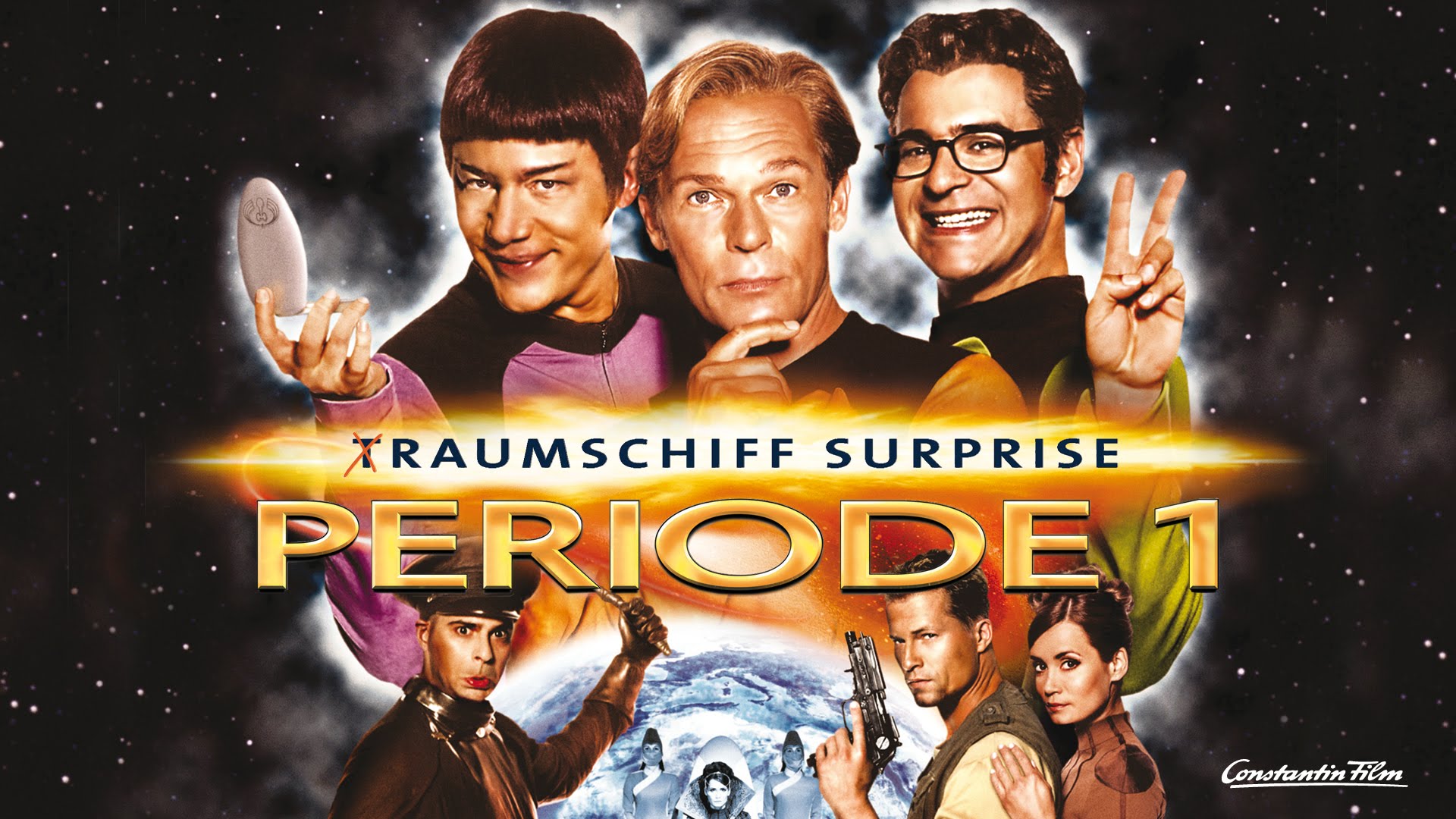 What the heck, I'll suggest one that I haven't seen myself, but is apparently fairly well regarded, Traumschiff Surprise – Periode 1. It's available on YouTube (although I'm now having trouble locating the version with English subtitles). It's been cited as an answer to a story-identification question (not accepted, but I still think it's the best match). And it's one of the only movies with a flying couch as a time machine.