Was this repetition of the number 333 done on purpose?

I like to go on various SE sites and read the most popular questions during my downtime at work. I was reading this question about a story with 3:33 being on the clock, a question which intrigued me because one of my best friends has a superstition about that exact number (he was born at 3:33am). I then read the fantastic answer, and couldn't help but notice that it had.... 333 votes. Is this intentional? 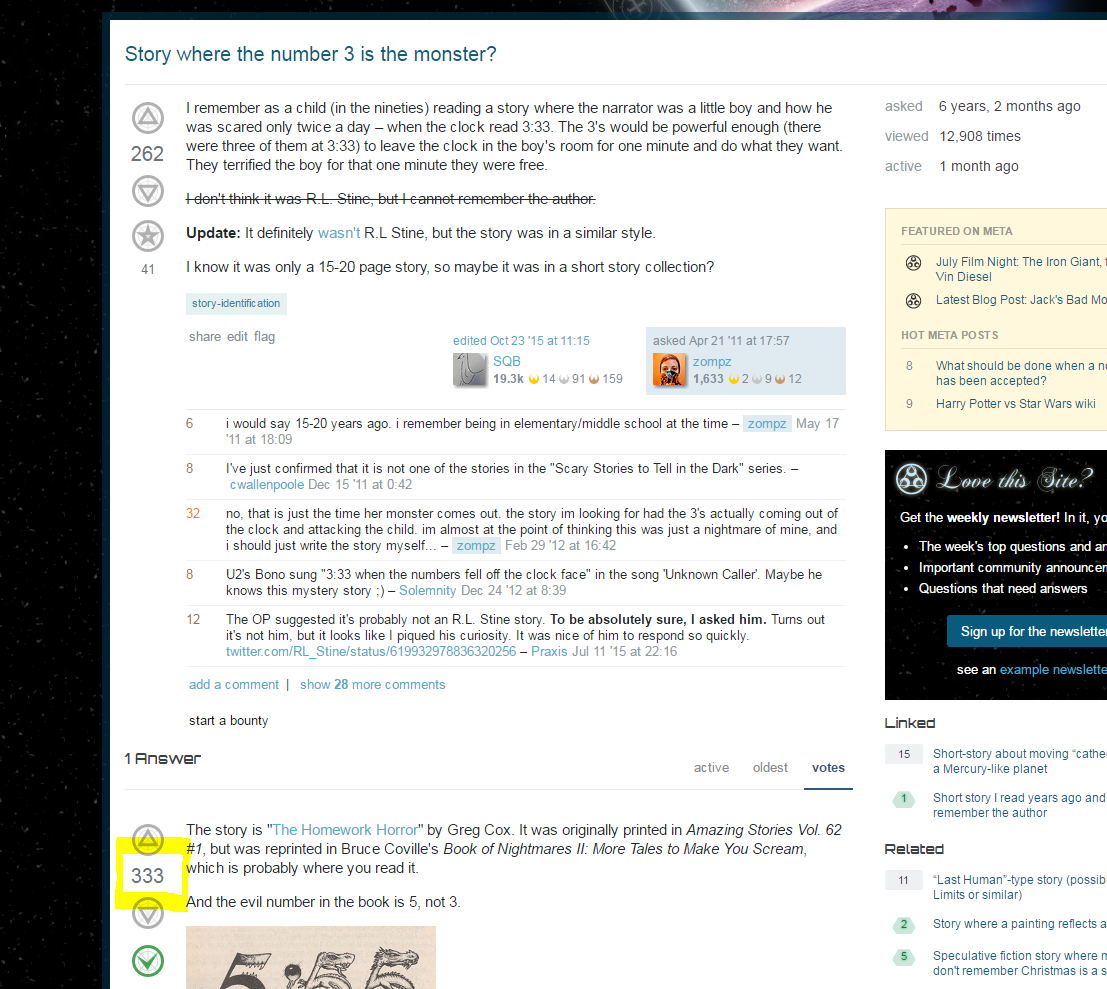 There is no way that could be intentional, because there is no way to control other people's votes. There is one way, an it is called a moderator lock. However, according to the timeline of the answer, a lock never happened. Same timeline also indicates that the answer last received an upvote on June 13th, which was the vote that brought it up to 333. I'm assuming now that you've posted this question, it'll receive some more votes, and the delicate balance will be broken. But kudos to you for noticing it ;)

4
What type of questions bring in the most viewers?
6
Tag for printed interactive fiction books (gamebooks, choose your own adventure books)
1
Should this question about George Orwell’s 1984 be 80% blocked by spoilers?
15
Aw, shucks! The frustration is strong in this one
13
Would a book collecting predictions fall under the scope of this site's story identification tag?
36
Should we edit the help centre to mention Worldbuilding?
23
Why was this Shrek question closed?
14
What is the scope of fandom information?