What is this no-change edit? How did it happen?

One of my posts was apparently edited, but looking at the history, I see no visible changes. What happened here? (This question is motivated mainly by curiosity, but there must be some sort of bug in play.) 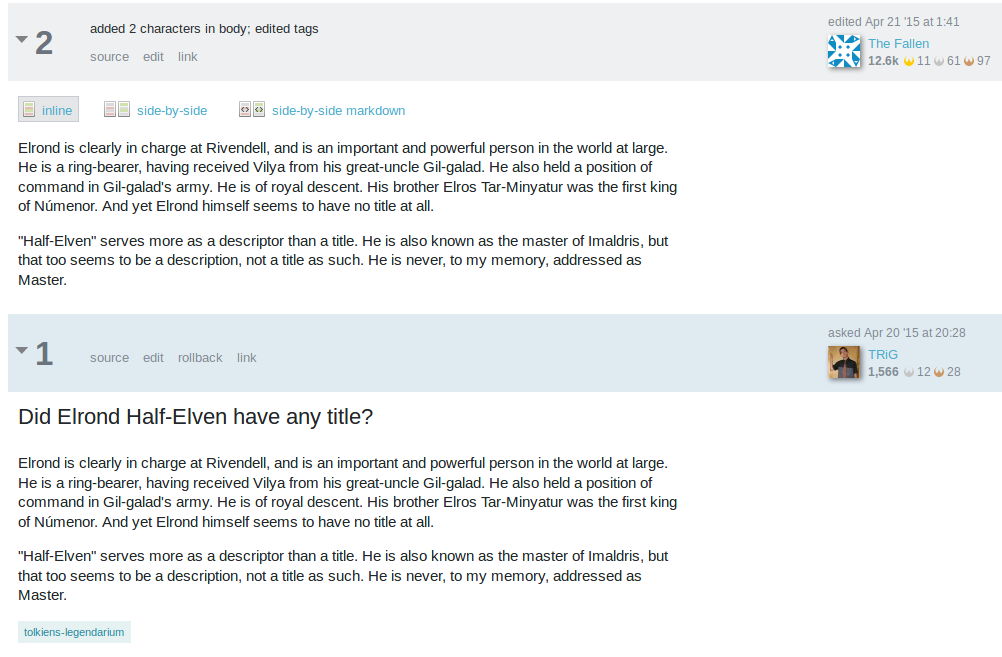 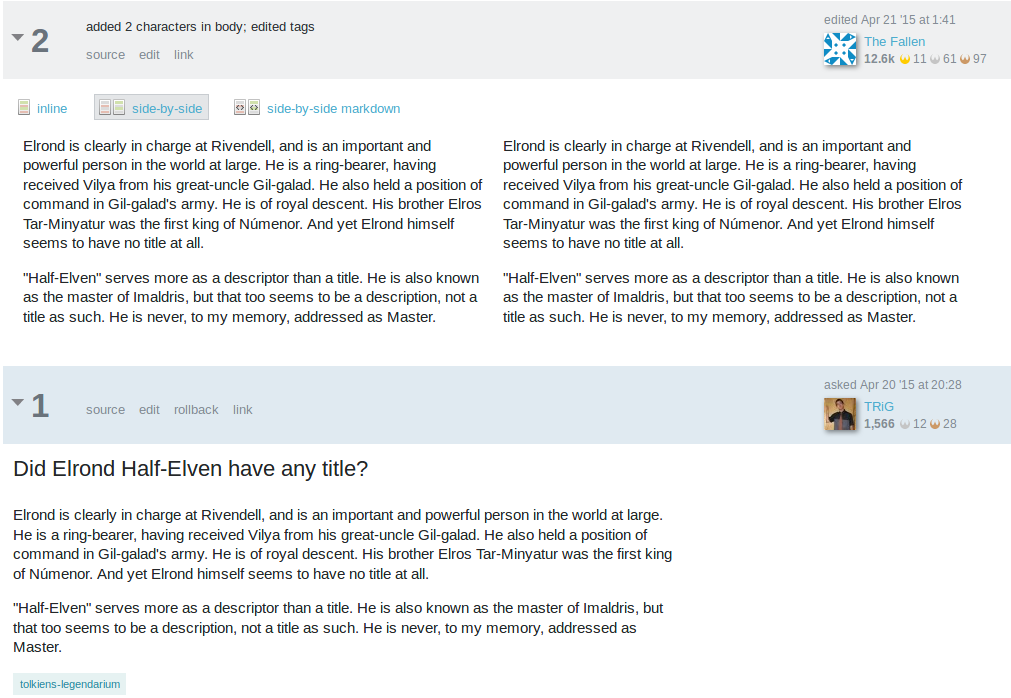 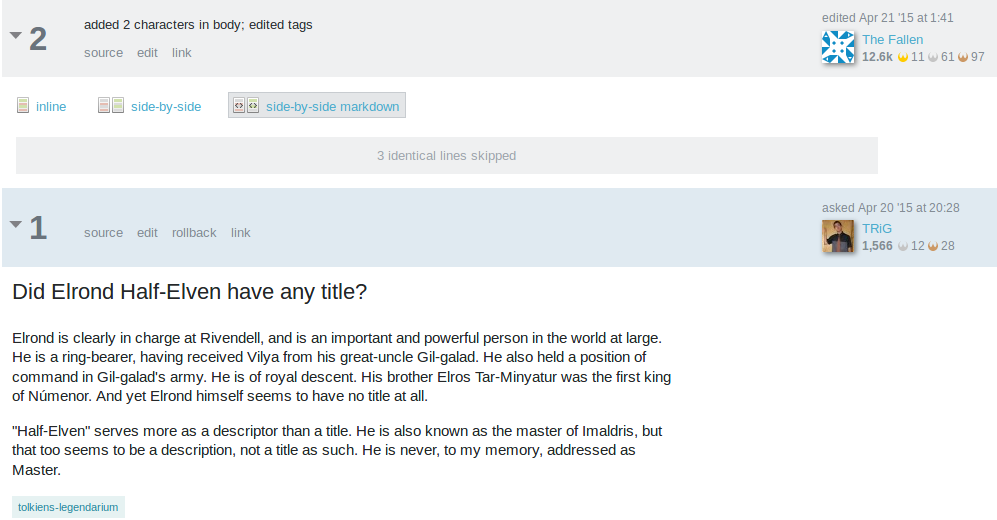 The edit description says "edited tags". I'd assume that the editor added/removed a tag which no longer exists and therefore doesn't show up in the edit history.

A little sleuthing confirmed my guess. Using the Wayback Machine, we can see that in its original post-edit state, your question had the tags tolkien and middle-earth, both of which were merged into the new franchise tag tolkiens-legendarium during the Big Edit Event before being separated out again. Presumably you'd originally posted it with just one of these tags and the editor added the other one. But the tag merge mapped both tags to tolkiens-legendarium everywhere in the database, including in revision histories, so this became a null change.

Not the answer you're looking for? Browse other questions tagged bug editing .

8
The Big Edit Event (is finished)

8
Editing Posts and Rollbacks
10
Is it acceptable to substantially add text to a post when editing?
10
How much should one edit an edit?
9
Was I right to reject this edit?
9
Was this edit appropriate?
11
Is it time to organize a major editing event?
8
Was I right to roll this edit back?
9
Should this title edit be rolled back?