Seeing that the scores seem to have settled, it's time to announce the winner - Pan's Labyrinth (El Laberinto Del Fauno), proposed by doppelgreener. 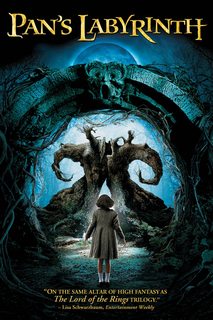 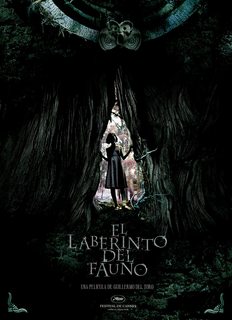 In 1944 Spain young Ofelia and her ailing mother arrive at the post of her mother's new husband, a sadistic army officer who is trying to quell a guerrilla uprising. While exploring an ancient maze, Ofelia encounters the faun Pan, who tells her that she is a legendary lost princess and must complete three dangerous tasks in order to claim immortality.

We'll be discussing it in chat as we're watching it, and the film will be hosted by doppelgreener in this Rabb.it room. Come join us!

Q: How do I attend?
A: Register here, and monitor this question for updates.

Q: Do I have to bring my own copy?
A: Most probably not. 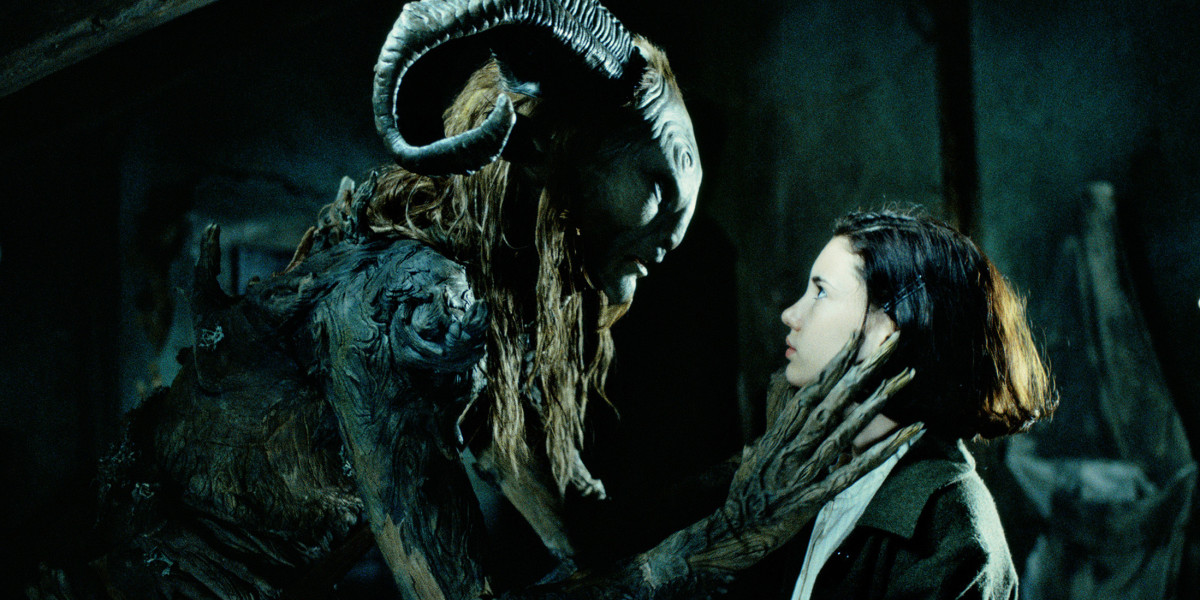 This is a Mexican-Spanish film (non-hollywood). A young girl, Ofelia, is in difficult straits — she's growing up in the middle of a war, her family's in difficulty, and her mother is ailing. Ofelia meets some extremely weird, freakish, and wonderful creatures — including the faun above who you may have seen before. The faun believes her to be the reincarnation of a powerful figure, and sets her off into fantastic and perilous circumstances.

It was written and directed by Guillermo del Toro. It has extremely high ratings on IMDB (8.2/10), Metacritic (98/100), and Rotten Tomatoes (95% critics, 91% audience). Those scores are all very well deserved.

It's one of my favorite films that I've been meaning to re-watch, and I'd be happy to watch it with all of you should this one get chosen.

This film has English subtitles but not an English dub. (Gallifreyan has found there's a Russian dub, but I can't vouch for its quality.) 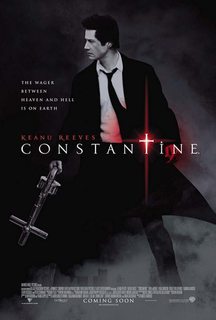 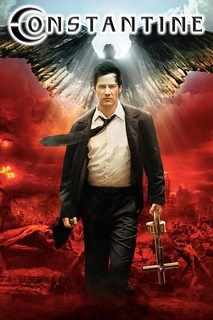 This 2005 film is loosely based on vertigo-comics's Hellblazer comic series, which is the very definition of the dark fantasy genre.

John Constantine is an "occult detective" - a person who deals with certain problems of supernatural sort.

Here's a summary from Rotten Tomatoes:

An ordinary man with an extraordinary gift must save the planet from evil in this action-packed fantasy. Unknown to most people, the world is crowded with spirits both good and evil who walk among us in human guise. One of the few who can see these spirits is John Constantine, but the responsibility of his vision is more than he can stand, and he tries to kill himself. Saved from death, Constantine must now atone for his actions by acting as a guardian in the middle ground between Paradise and Hell. Constantine also makes the acquaintance of Angela Dodson, a police detective who becomes aware of his unusual gift while looking into the death of her sister; he leads her into the unknown world of the spirits and soon circumstances demand that they join forces in a desperate bid to save humanity from evil.

Online copy not available for streaming in the shared video room

This is a 2009 stop-motion animated film, based on Neil Gaiman's novella of the same name.

A summary of the novel from Neil Gaiman's website:

When Coraline steps through a door to find another house strangely similar to her own (only better), things seem marvelous.

But there's another mother there, and another father, and they want her to stay and be their little girl. They want to change her and never let her go.

Coraline will have to fight with all her wits and courage if she is to save herself and return to her ordinary life.

And a summary of the film from Rotten Tomatoes:

Coraline Jones is a girl of 11 who is feisty, curious, and adventurous beyond her years. She and her parents have just relocated from Michigan to Oregon. Missing her friends and finding her parents to be distracted by their work, Coraline tries to find some excitement in her new environment. Coraline seriously doubts that her new home can provide anything truly intriguing to her, but it does; she uncovers a secret door in the house. Walking through the door and then venturing through an eerie passageway, she discovers an alternate version of her life and existence.

This is a beautiful film, suitable both for (older) children and adults. It's available on Netflix - but not so much on other venues.

While it is based on a children's novel, the atmosphere is not at all lighthearted, and it will provide entertainment even to adult audience.

Not competing because there's no copy online :( 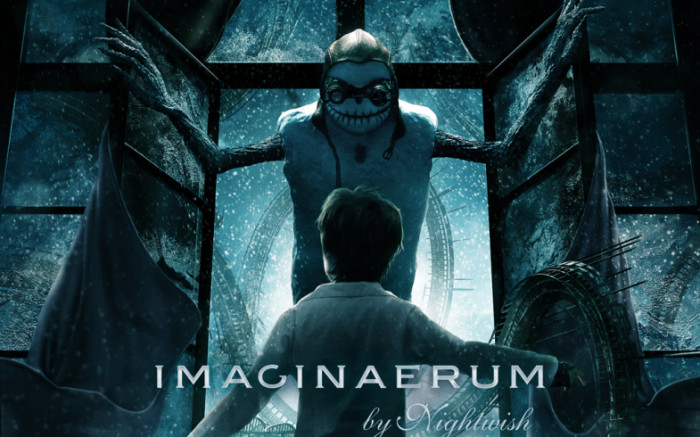 Imaginaerum is a 2012 fantasy musical film produced by the band Nightwish. While this may not sound like much, the final product is terrific - heartwarming tale of parenting, art, and many other things, equipped with beautiful scenery and a great soundtrack based on Nightwish's album of the same name.

A coma sends an old man into his childhood's sinister fantasy world, where he must fight dementia and gain back his memories before it's too late.

The fantasy sequences occur in this man's head, while in the waking world his daughter is trying to piece together the unfinished song he left. 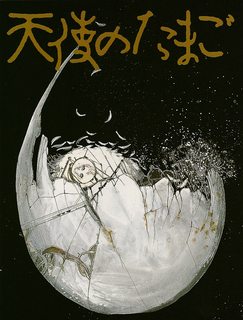 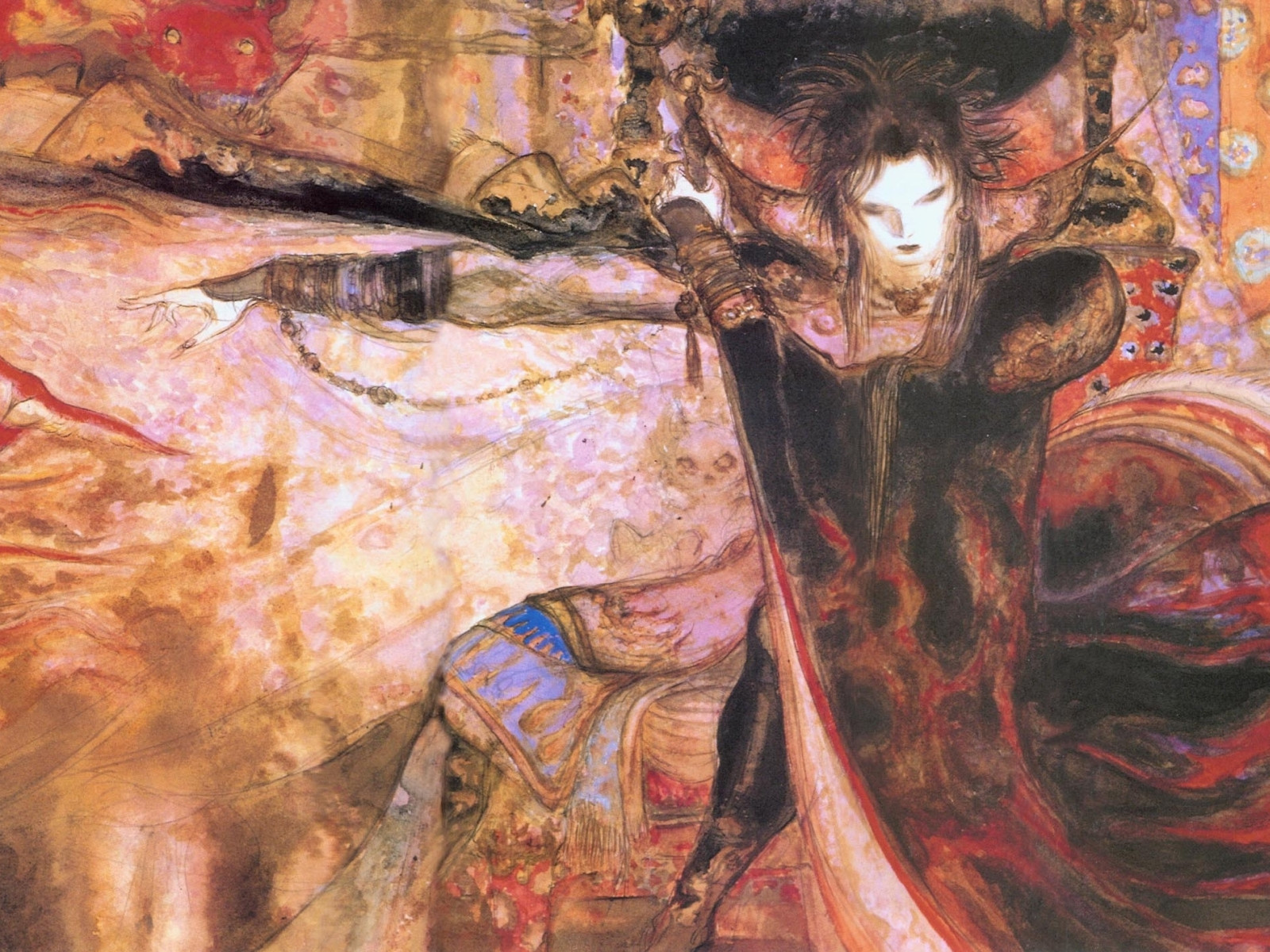 The premise of the film is as follows:

An unnamed young girl, carrying a large egg, wanders about a surreal, nightmarish post-apocalyptic world collecting water in glass bottles. A man (also nameless),carrying a cross over his shoulder, crosses her path, and begins to follow her around during her daily routine. Despite her worries for her beloved egg (the contents of which she refuses to tell him), she eventually grows to trust him,even though his intentions remain mysterious.

The film has been widely described as ambiguous and even tripping, while also being described as an "overlooked masterpiece". The films features little dialogue, which is convenient for us, as is the fact that it's available online in various forms.

Truck driver Jack Burton arrives in Chinatown, San Francisco, and goes to the airport with his Chinese friend Wang Chi to welcome his green-eyed fiancée Miao Yin who is arriving from China. However she is kidnapped on the arrival by a Chinese street gang and Jack and Wang chase the group. Soon they learn that the powerful evil sorcerer called David Lo Pan, who has been cursed more than two thousand years ago to exist without physical body, needs to marry a woman with green eyes to retrieve his physical body and Miao is the chosen one. Jack and Wang team-up with the lawyer Gracie Law, the bus driver and sorcerer apprentice Egg Shen and their friends and embark in a great adventure in the underground of Chinatown, where they face a world of magicians and magic, monsters and martial arts fighters.

In 1811, in a French occupied Germany, the crooks Brothers Grimm pretend to fight against evil witches and monsters to make money. However, they are arrested by Cavaldi and General Delatombe, but they have a chance to redeem themselves in the village of Marbaden, where ten young girls have vanished. Will and Jacob are guided by the local Angelika through an enchanted forest where they face the evil Mirror Queen that depends on the sacrifice of twelve girls in the eclipse to stay beautiful and young.

Nerdy, reserved bookworm Needy Lesnicki, and arrogant, conceited cheerleader Jennifer Check are best friends, though they share little in common. They share even less in common when Jennifer mysteriously gains an appetite for human blood after a disastrous fire at a local bar. As Needy's male classmates are steadily killed in gruesome attacks, the young girl must uncover the truth behind her friend's transformation and find a way to stop the bloodthirsty rampage before it reaches her own boyfriend Chip

My memory of this movie is the R rating is far more thematic than anything else.

In my opinion, the Movie despite what one may think, really is good story telling and in my opinion, this is probably the only movie I thought that Megan's acting brought the character to life.