Why do we have pentagrams as our "favorite" icon?

It's taken me a surprisingly long time to notice this, but it just struck me that we have pentagrams as our "favorite" / "save" icon for questions.

Is this because we're all into heavy metal or is it a part of some deal we made with Lord Satan?

What I'm really hoping is that it's not going to be one of those things where they try to tell you that pointing in this direction we're only Wiccans / Pagans / whatever and only when it's upside down are we worshipping Satan.

It’s not merely Science Fiction and Fantasy Stack Exchange that uses a star to denote favorites. The other stacks do, too. Here are the “favorite” icons for Worldbuilding, Meta Stack Exchange, and Physics: 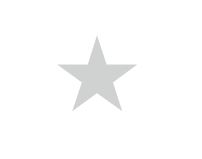 Note that the physics icon is even in a circle.

They’re commonly used for this purpose in other contexts, too, such as in Pokemon Go.

You’ll note that the the design of the circle around our star is the same as that used for the voting arrows. It’s a general site aesthetic, not something particular to the favorite icon. As such, any association with any sort of religion seems unlikely.

It's the combination of a few factors, really. On one hand, as Adamant pointed out, the use of stars for Favorite icons is pretty standard. It shows that something is special. The choice was also made to add circles around the voting buttons and favorite icons to provide consistency. Lastly, and this might be where the problem lies, the design does incorporate mystical elements. However, the intent is not to draw from existing religious influences, whether pagan or otherwise, but rather to employ generic "fantasy" sigils in addition to lines that look sort of sci-fi. As a result, yes, several of the icons look like they're some sort of alchemical diagram. Our logo has runes. However, the source of them is fictional and is not intended to have any sort of religious meaning.

So, long story short, no, you're not seeing things, really, but there's no intent to make anything genuinely mystical, and the star aspect is more incidental than anything else.

Not the answer you're looking for? Browse other questions tagged support design .

53
Design for Science Fiction & Fantasy
4
What is the origin of images in design of scifi.se (icons, sprites, logo)?

12
Is that our new Logo?
14
What does the SFF.SE logo/icon mean?
1
Why don't I have "Beta" badge?
41
Why did our primary chatroom get nuked?
6
Why is Richard golden?
4
Two different icon shapes for linked/related questions in sidebar
3
What is our 404 image?